Malawi’s Department of Disaster Management Affairs (DoDMA) has reported heavy rain and flooding in parts of Northern and Central Regions, affecting over 2,000 people and damaging roads and hundreds of homes.  As many as 4 people have reportedly died or gone missing.

On 11 April heavy rain and flooding affected a total of 27 households in Bundi and Chankholombe areas in Karonga District.

Further heavy rain fell in the following days, which, according to DoDMA, caused “the swelling of the North Rukuru, Rufilya, Kibwe, Changwima, Kyungu, Iponga and Songwe Rivers”.

According to a disaster assessment report by the Karonga District Council “a total of 300 households have been affected in Traditional Authorities Wasambo, Mwirang’ombe and Kirupula. The affected families require immediate food and non-food assistance.”

Around 1,650 people were affected, with many of them forced to evacuate their homes and seek refuge in nearby churches, schools and community based organisations, according to DoDMA.

Local media have reported one person missing in Karonga District. Meanwhile in Rhumpi District, 3 children died after they were swept away by a flooding river, according to media reports.

DoDMA added that heavy rain in Malawi over the last few days have damaged has damaged around 130 homes in Nkhotakota District as well as a road in the Mkaika area.

During that period the rain also damaged 45 hectares of crops, mainly cassava, rice and maize in Nkhata Bay. One house was completely destroyed. 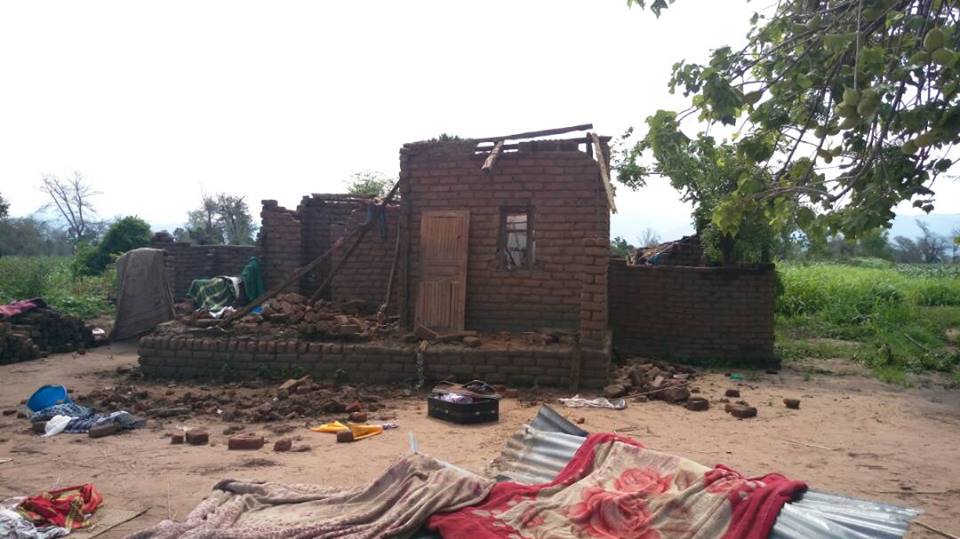 Malawi To Establish A Database For Tracking Disaster Losses

Earlier this month Malawi announced plans to establish a database that will be used to track disaster losses.

The database will be developed with financial support from the European Union and World Bank under a project called ‘Building Disaster Resilience in Sub-Saharan African Region, Countries and Communities.’

Principal Secretary responsible for administration in the Office of the President and Cabinet, Cliff Chiunda, said the country has been lagging behind in conducting systematic post disaster risk assessments (PDNA) and that the establishment of the database will solve the puzzle.

“Thus, when this project is successfully implemented, Malawi will be able to track and record damages and losses due to different disasters, which will form the evidence base for various information users and decision makers. This, I am sure, will improve the national policy decisions for the disaster risk management in the country,” said Chiunda.

The mystery sickness bringing death and dismay to eastern Ethiopia

As villagers in Somali region fall ill in unexplained circumstances, some locals fear gas exploration has tainted the local water supply Global development is supported by About this content Juweria Ali and Tom Gardner Thu 20 […]

India – Torrential Rain and Floods in Maharashtra and Gujarat

26 JUNE, 2018 BY RICHARD DAVIES IN ASIA, NEWS Strong winds, lightning strikes and torrential rainfall in western India have caused at least 20 fatalities since 22 June in the states of Gujarat and Maharashtra, […]