The U.S is the most developed capitalist country in the world, and its consumption of natural resources is so large that, according to Singapore’s newspaper “Zaobao”, if everyone in the world consumed what the average American does, we would need FIVE EARTHS to meet their demand. In addition, according to a report in the American “Aerospace Daily” of April 11th, 2016, data from the Stockholm International Peace Research Institute(SIPRI) showed that global defense spending in 2015 totaled about $1.7 trillion, and the top spender, the U.S., reached $596 billion. Given the reality of the U.S.’s consumption of natural resources and its military spending, natural resources will surely become depleted eventually as a result of the development of capitalism. A country whose population accounts for less than 4% of the world’s total is consuming 25% of the earth’s resources. If every country were to do as the U.S. does, humanity would surely face a dead end.

Population expansion is a major world problem. According to statistics from the United Nations Population Fund (UNFPA), the world population is increasing at a rate of 80 million people per year. A recent report from the UN forecast that the world population will increase from 7.3 billion in 2015 to 8.1 billion by 2023 and to 9.6 billion by 2050. With these increases of population and with the rise of people’s consumption levels, the demand for natural resources will also increase.

For example, to meet the demands of 73 million people for food, clothing, accommodations and transportation etc, a huge amount of natural resources must be consumed. The resources of our earth are limited, however the increase of population is unlimited. We have limited water and land resources, so how are we going to handle this challenge? If we do not have a feasible plan to control the population growth or change our lifestyles and production modes, one day the resources will become exhausted and humanity’s doom will not be much farther away, no matter how many UN meetings are held or what efforts the governments of each country take.

We are facing a huge crisis. To best way to overcome this is to gradually move toward a communist lifestyle. In other words, only communism can save the world.

Communism is NOT just a new lifestyle and a new production system, it is a NOBEL FAITH. It is the essence of the thoughts of many saints and sages ever since the ancient Greek philosopher Plato wrote of an ideal lifestyle that is desired by ordinary citizens. COMMUNISM REPRESENTS UNIVERSAL VALUES. Social issues such as racial discrimination, religious disputes, staterivalries, national extremes, distribution inequity, selfishness and greed, resource waste, territorial disputes, population growth, huge military spending, government over-staffing and corruption, and high volumes of waste can all be resolved and eliminated through communism. In addition, communism can purify our souls and sublimate our characters, and it will not only make materially abundant lives possible, but the state of global happiness will be elevated as well.

THE COMMUNISM I DISCUSS HERE IS VERY DIFFERENT FROM THE COMMUNISM DESCRIBED BY KARL MAX, VLADIMIR LENIN, AND MAO ZEDONG (CHAIRMAN MAO). The way it realizes the communist production relationship has essential differences from the ways carried out by Lenin and Mao. Please DO NOT jump to the conclusion that the communism I mentioned is like your previous experience and perception of the term.

To differentiate between our communism and that described by Marx, Lenin, and Mao, we temporarily name ours, “Xuefeng-style communism”.

Xuefeng-style communism has realized the following after seven years’ practice:

2. No one pockets anything found on the road and doors are unbolted at night. There is no stealing, cheating, robbing, or concealing of goods.

3. There is no marriage and no family. Also there is no currency within the community.

4. Love is free, but there is no sexual promiscuity or venereal disease.

5. The environment of the community is beautiful, clean, and orderly.

6. Nobody has personal belongings. Everything belongs to the community and everyone is selfless.

7. Illness is reduced to the minimum and the average expenditure on medical care is less than￥200RMB per person, per year. If we lived this life style, aging would slow down and the average lifespan would exceed eighty years. However, our ideal is for everyone to live up to 120 years and to die peacefully and without illness.

8. The young will get a proper education and the old will be well taken care of. Rearing and educating children will no longer be their parents’ responsibility. There will be no widows or empty-nest elderly. Also, there would be no undisciplined or neglected children.

9. People live in harmony with others, with society, and with nature. Over the last seven years, Xuefeng-style communism has never had any conflicts with neighbors or with the outside world. We have never hurt little animals such as birds, snakes, or fish. We have planted many trees and flowers which not only beautified the environment, but also brought vigor and vitality to our community.

10. Over the last seven years, no crime has taken place within our community, and fighting is extremely rare. 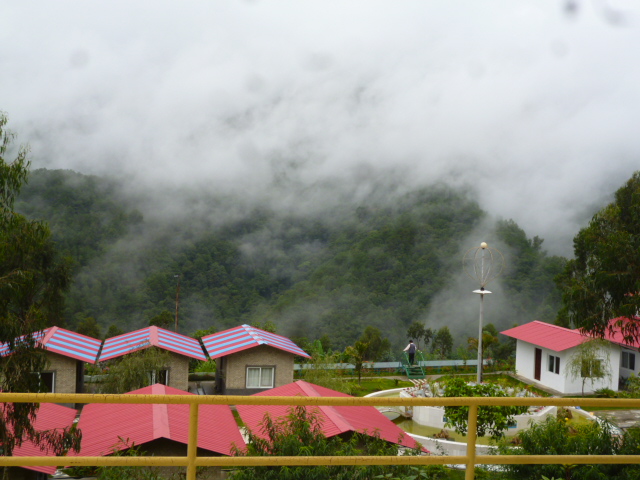 11. We use no chemical fertilizers or pesticides in our fields. Human and animal wastes are well composted into fertilizer. Also, we separate rubbish from waste, and purify the sewage. Zero pollution has been nearly accomplished.

12. We have no administrators, no leaders, and no offices within the community. Also, there is no command or force, and everyone consciously and generously infuses himself into his work because every member is also a laborer.

13. We have no religious rituals or activities and there are no spells or idolatry.

14. In all affairs,whether big or small, the responsibilities are well divided. Traditional heavy housework has been eliminated.

15. We only celebrate festivals of nature, such as Chinese spring festival, Ching Ming festival, Dragon boat festival, and mid-autumn festival (for communities in China). Apart from natural festivals, we celebrate no other festivals and we do not celebrate individual birthdays.

17. We are self-sufficient. We are not supported from the outside world nor do we need to be. We do not take capitalists’ wealth.

18. Every member relocates to a new facility every three years to avoid aesthetic fatigue, forming cliques, or being trapped into relationships.

20. There are no rules and no discipline with punishment. We comply only with the natural and civilization Tao.

21.  A strong credit system has been established. Those who are dishonest would not get a footing in the community.

22.  Birth control is well carried out. No children have been born in our community during the last seven years. One reason for this is to comply with national laws and regulations, and another is to lighten the burden of the nearly fully loaded planet.

23. The funeral system of Xuefeng-style communism is such that no matter who passes on, only simple farewell ceremonies are held. Their bodies are committed to fire and their ashes are sprinkled to nature. We have no graves, mausoleums, or urns (ash boxes).

24. If measured by GPI (Genuine Progress Indicator), HDI (Human Development Index) and NHI (National Happiness Index), it goes without saying that the Xuefeng-style communist community is at the forefront.

If the whole world can do the above, all humanity’s crises would disappear quickly.

1 2 3
About Tongxin 37 Articles
Permanent member of New Oasis for Life community since Aug 2010. Working in the field of international promotion and connection of the new life mode under the guidance of 800 Values for New Era Human being. Continue supporting and practicing in the concrete work of breeding, growing, developing, and flowering of an International family for today's earth.
Facebook

My name is Xuefeng and I am the guide of Lifechanyuan. I reside currently at our non-profit organization, the Lifechanyuan International Big Family at 3719 Cariboo Highway 97, near Lac La Hache, British Columbia, Canada. […]

Early Life Xuefeng was born in 1957 and grew up on a farm in Gansu Province, China. His father was a very firm believer in and practitioner of communism and his mother was a kind-hearted […]

Moving way of expression. Obey it up!

Thank you Andrew, happy that you like it! Welcome to join and contribute your energy!

My name is Xuefeng and I am the guide of Lifechanyuan. I reside currently at our non-profit organization, the Lifechanyuan International Big Family at 3719 Cariboo Highway 97, near Lac La Hache, British Columbia, Canada. [...]