US, UK and France launch attack on ‘chemical weapon sites’ in Syria. Here are all the latest updates.

The US, UK and France have launched strikes “on targets associated with the chemical weapons capabilities” in Syria, US President Donald Trump announced early on Saturday.

The strikes came after a suspected chemical weapons attack in the former rebel stronghold of Douma last weekend.

Here are all the latest updates on the strikes:

Syria: Strikes hit ‘parts of but not the heart’ of programme

Haley: If Syria uses toxic gas again, the US is ‘locked and loaded’

Chemical inspectors from The Hague arrive in Syria

Pentagon: US air strikes dealt a ‘severe blow’ to Syria 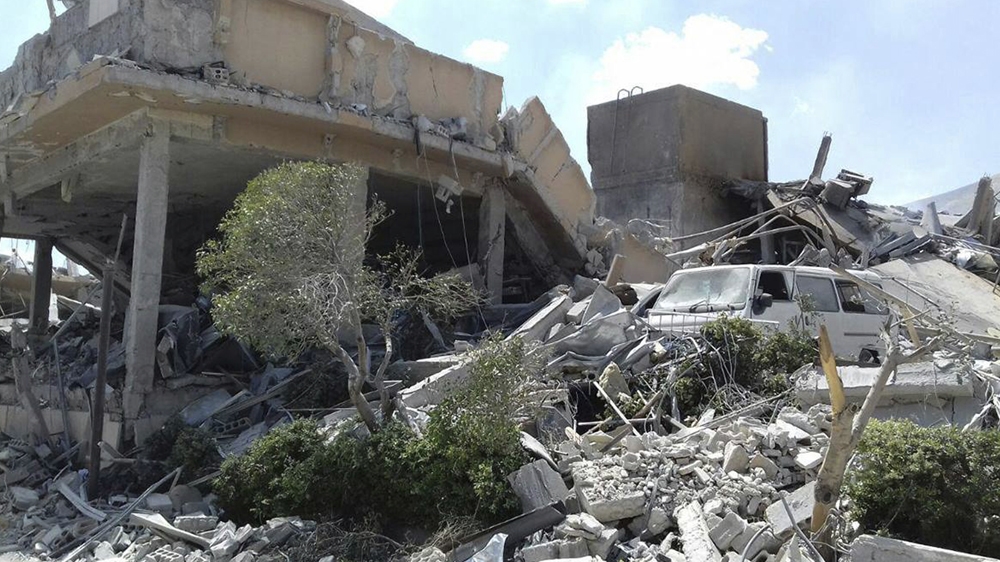 The Syrian Scientific Research Center in Barzeh, near Damascus, after the attack [SANA via AP]

What are Syrians saying about the US-led attacks?

What media in Russia, Iran and Syria are saying

May declines to say if Assad can stay after missile strikes

Germany: Strikes were ‘necessary and appropriate’

May: It was right and legal to take military action in Syria

May: We’re clear Syrian government is responsible for chemical attack

UK’s Corbyn: May should have sought parliamentary approval

Turkey was ‘informed’ before strikes on Syria

Syria: Strikes will not affect army in any way

Russia: Most missiles fired at Syria were intercepted

Five things to know about the US-led strikes in Syria

Strikes in Syria did not hit areas near Russian bases: Moscow

Russia: ‘Pre-designed scenario is being implemented’

Temperatures soar across the eastern US

AL JAZEERA by Everton Fox 21 Feb 2018 Record-breaking highs are experienced across the eastern US, while there are record lows in the west. Less than three weeks ago, Punxsutawney Phil saw his shadow, predicting six […]