As the EU summit nears with member states divided over migration, refugees are risking their lives via a new avenue. 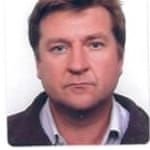 by Laurence Lee   11 hours ago

All the refugees and migrants arriving in Greece, either from the islands or more likely over the land border with Turkey to the north, face a load of big questions.

Stay in Greece, but you’ll likely be homeless. If you have any money you can get a bus to a port further south and then a boat to Corfu, where smugglers might get you to Italy.

But if you’re broke and want to get out, the only way is on foot. And it’s really dangerous.

Until a couple of years ago, thousands upon thousands went north through the former Yugoslav Republic of Montenegro to Serbia and onwards. But Montenegro closed its border. So would they turn west and try Albania instead?

That route would get you to Montenegro, and then Bosnia. Sounds OK, except that it appeared the refugees themselves had ruled it out as being too mountainous and dangerous. There were wolves and bears in the hills. There were stories about people disappearing.

But in the last few months, something new has happened. Both of these routes are now being used.

We found groups of teenagers and young men on the Macedonian border, deep in the forest.

But the bigger development is that thousands are now taking what is being called the new Balkan route through Albania.

The emergence of the new route has coincided exactly with the lid blowing off any semblance of agreement inside the EU about sharing refugees out and maintaining a reasonable migration policy.

Austria is assembling what it calls a coalition of the willing – willing, it means, to keep them out. Italy, which is now full bore Trump-like in its language towards migrants, is in a flat-out fight with the EU about its entire migration policy.

All that plays into this week’s EU summit, which has become a crisis meeting, and it also makes the non-EU countries of Albania and Montenegro areas of great interest for the anti-migrant bloc.

Austria and Montenegro have been holding talks. Montenegro has flagged the idea of building a fence on its southern border with Albania.

The EU, which is getting nowhere with its suggestions of reception centres for would-be migrants in places like North Africa, is rumoured to have Albania in mind, as well as a hosting site outside the EU.

All of these things may be attractive for countries which want to join the EU and may enhance their chances by demonstrating greater hostility to refugees and migrants.

In all this one thing has been lost – the question of just how desperate people must be to risk journeys which only a couple of years ago had been ruled out as too difficult.

The EU no longer talks much about this.

Climate change is going to make the refugee crisis much worse

written on 03 Jan 2018 By the end of the century, climate change may drive 660,000 additional asylum seekers per year toward Europe. Growing mass migration is only one of the social and environmental consequences […]

If We Can’t Stop Hothouse Earth, We’d Better Learn to Live on It