Evacuation orders have been issued to thousands of residents in Sydney and surrounding areas of New South Wales (NSW), Australia, after torrential rainfall threatens to cause severe flooding for a fourth time this year.

SES urged people to stay home and avoid flooded areas. From 01 to 03 July, SES teams carried out 137 rescues and responded to over 3,100 requests for assistance.

Australia’s Bureau of Meteorology (BoM) reported extremely heavy rainfall from 02 July. In a 48 hour period to 04 July as much as 552.5 mm of rain fell at Brogers Creek in the Illawarra region. Elsewhere Wattamolla recorded 318 mm of rain in 24 hours to 03 July and Beaumont saw 184.8 mm in 24 hours to 04 July.

Levels of the Nepean and Hawkesbury rivers are extremely high, and above major flood stage near Menangle, Windsor and North Richmond.

This is the fourth flood event in New South Wales so far this year. Parts of the state experienced severe flooding in early March, late March and again in April.

In a statement via Social Media, Premier Dom Perrottet said, “It’s hard to put into words what some communities across NSW are going through, again. We’re seeing distressing scenes from the flood zones across our state. Times like these are difficult. It will test our resilience. But it is also in these times that we see the best in people and the best in our communities. We have mobilised significant resources and all relevant agencies to get help to those in need. And we will pull together, as we always do, to get through this. Thank you to all the volunteers, everyone deployed & communities themselves for their hard work to help those in need.” 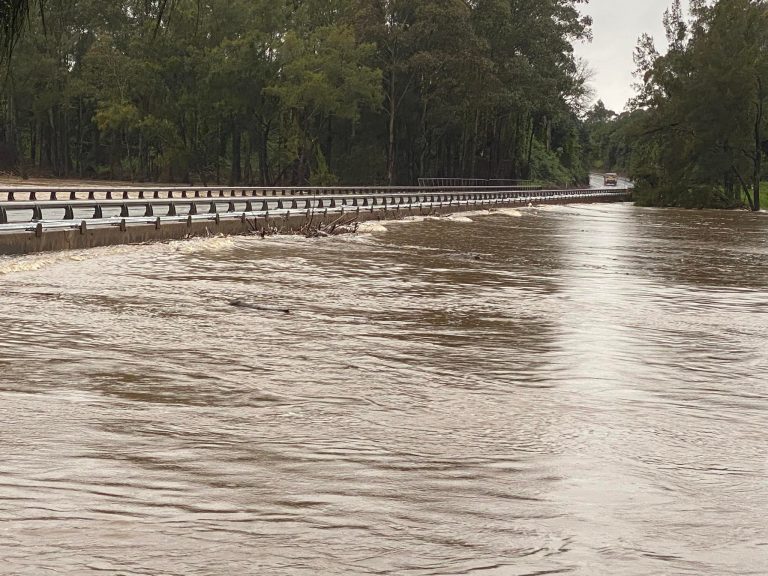 Meet the ‘climate refugees’ who already had to leave their homes

As told to Oliver Milma Mon 24 Sep 2018 09.00 BST Five people from across the US explain how extreme weather forced them out of their homes – not always to safer ground ‘There was this […]

Sea Level Rise Is Creeping into Coastal Cities. Saving Them Won’t Be Cheap.

Norfolk and Miami frequently see nuisance flooding now. The cost to protect them and other coastal cities in the future is rising with the tide. BY NICHOLAS KUSNETZ DEC 28, 2017 Seasonal high tides regularly […]

STAFF WRITER | Tuesday February 6, 2018 The river is currently at 7.5 meters (24.6 feet), roughly double its usual level, Cristian Bolano said. “The rain has stopped and there is a forecast of good […]