Local media report that over 500 homes and businesses have been damaged. Comedores Económicos del Estado (CEED), the social service agency in the Dominican Republic, has distributed almost 6,000 meals as well as food supply packages to the affected populations, including the areas of Montellano, Sosúa, Playa Oeste, Aguas Negras and Rescate Ambar.

The severe weather struck during the evening of 15 March when it rained non-stop for around 7 hours. Further rain during the following days caused the San Marcos river and other smaller streams to overflow, flooding the neighborhoods (barrios) of Invi, Barrio Haiti, Los Domíngues and Las Mercedez.

The rainfall between 15 and 16 March was highly localised in nature. While Aeropuerto Puerto Plata recorded 272.8mm of rainfall in 24 hours, other nearby areas saw, Lueron 30 km to the north west saw just 26 mm.

The next day wider areas of northern Dominican Republic saw rain of around 10 mm to 30 mm in 24 hours. 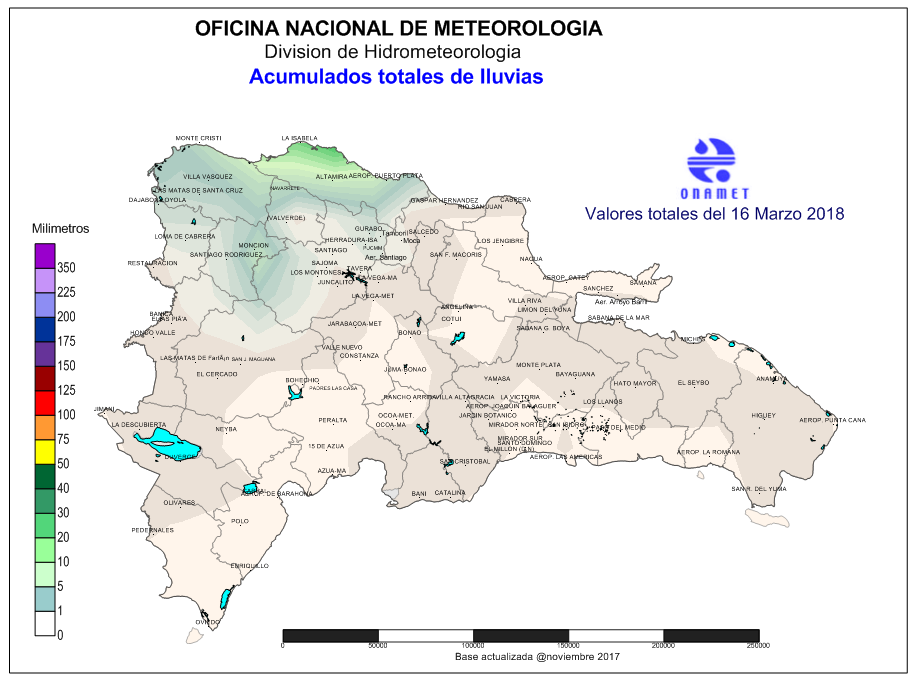 Thousands more homes in the country were damaged the following month after further heavy rainfall.

Large wind and solar farms in the Sahara would increase heat, rain, vegetation

September 6, 2018, University of Illinois at Urbana-Champaign Wind and solar farms are known to have local effects on heat, humidity and other factors that may be beneficial—or detrimental—to the regions in which they are […]

1 MAY, 2018 BY RICHARD DAVIES Stormy weather in parts of western Europe has caused flooding, wind damage and huge waves. At least 5 fatalities have been reported as a result of severe weather. Germany, […]

Why is it raining so much in Qatar this season?

by Rob McElwee 13 Nov 2018 After a dry “rainy season” last year, Qatar this year has seen abnormally early thunderstorms and rains starting last month. In less than three weeks, there has been 136mm […]