Over 4,000 people were evacuated from their homes after torrential rain and floods on 06 April, 2018, in La Vega Province, Dominican Republic.

As of 07 April, COE said that 4,165 people were evacuated, 833 houses damaged and one house completely destroyed.

Comedores Económicos del Estado (CEED), the social service agency in the Dominican Republic, said it is working in the sectors that were affected by the floods.

The director general of the CEED, Nicolás Calderón, said that affected areas are expected to return to normal over the next few days. 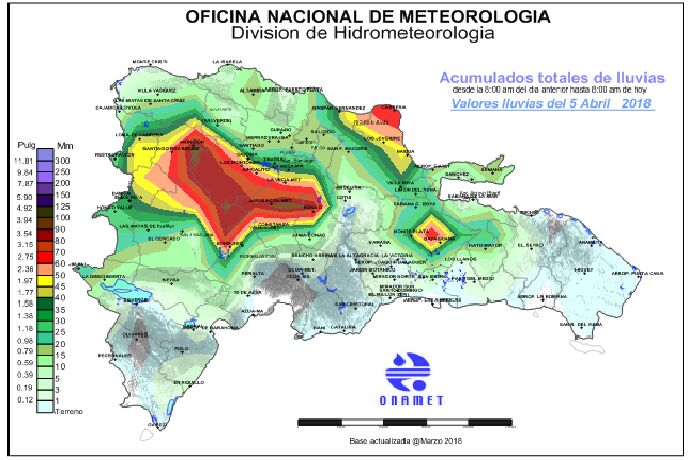