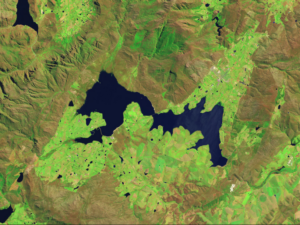 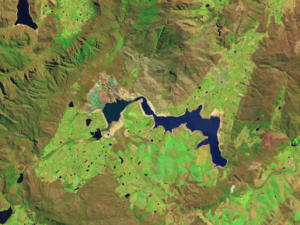 South Africa’s Western Cape province has been suffering a drought since 2015, when it received about 60 percent of its normal rainfall. Rain amounts continued to plummet in the two subsequent years. These images show Theewaterskloof, the province’s largest reservoir, at full capacity in October 2014 and at 27 percent of capacity in October 2017. Exposed sediment around the edge of the basin in the later image shows where the water level has declined.

SUSAN MONTOYA BRYAN May 24, 2018 ALBUQUERQUE, N.M. (AP) — Rivers and watering holes are drying up, popular mountain recreation spots are closing and water restrictions are in full swing as a persistent drought intensifies […]

By BETTINA BOXALL APR 23, 2018 Californians should expect more dramatic swings between dry and wet years as the climate warms, according to a new study that found it likely that the state will be […]