The swollen River Seine in the French capital, Paris, has peaked at about four metres above its normal water level for the time of year.

The flood level rose to 5.84m (19.2ft) early on Monday and is not expected to begin receding before Tuesday.

Weeks of rainfall have produced a relentless rise in the water level.

Around 1,500 people have been evacuated from their homes in the greater Paris region, while a similar number of homes remain without electricity.

In 2016, the last significant flood in Paris, the river floodwater reached a high of 6.1m.

The city’s famous Bateaux Mouches tourist boats are out of service, with only emergency services allowed to use the river. 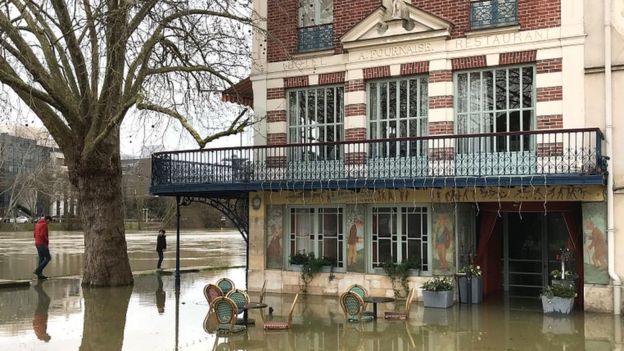 Parts of the greater Paris region are also affected 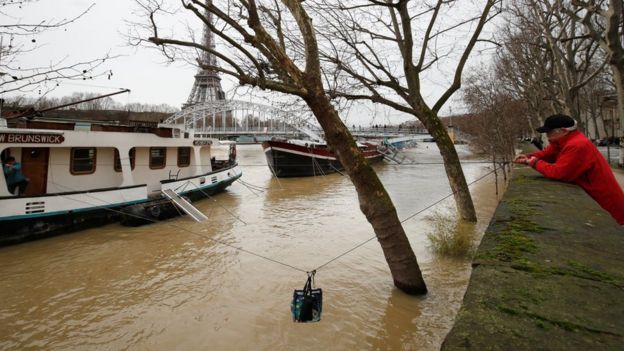 How is the flood affecting Parisians’ lives?

Many people who live on houseboats along the Seine have been affected by the rising water levels and strengthening currents.

Those moored directly along the river have been evacuated to gyms in the city while others, like Gregory Deryckere, 36, who live in slightly more protected harbours up and down the waterway, have had to be towed closer to the land.

“My houseboat is in Port Van Gogh, in Asnières, and was one of the furthest out into the Seine,” he said.

“We’ve been temporarily ‘attached’ to two other boats so have to get across them in order to reach the pontoon now.

“My houseboat has been plugged into the electricity supply for a vacant boat so I do have power but I have no Wi-Fi connection.

“We just have to wait for the water levels drop before it’s safe to move back to my normal location.” 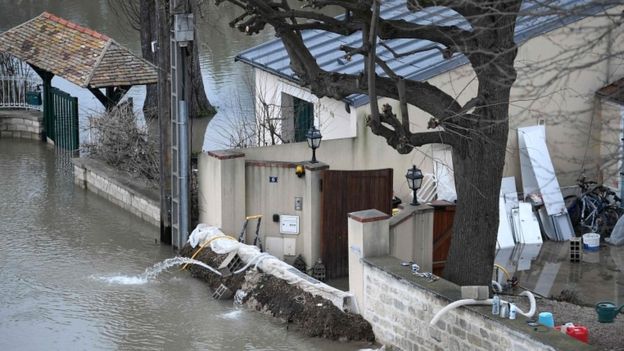 In some areas, residents have erected defences against the floodwaters 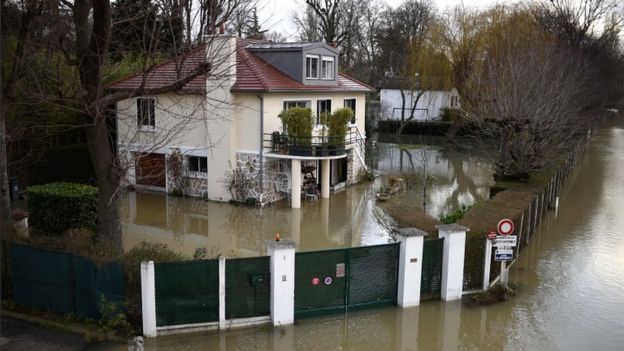 The water is expected to start receding later in the week

At the Louvre, a lower level housing Islamic artwork was closed to visitors. Other famous attractions like the Musée d’Orsay and the Orangerie gallery were on high alert.

Several areas on the city’s outskirts are under water, and some residents are getting around by boat while dozens have been evacuated from their homes. Some schools are closed.

How is the flood level calculated?

A number of flood gauges are installed along the river, and the one at the Pont d’Austerlitz is often quoted.

It is normal for this time of year for the water level to rise by one or two metres,the Franceinfo website reports.

A statue of a French soldier from the Crimean War – known as The Zouave – on the Pont de l’Alma has also long been used as a marker for water levels in the city.

On Saturday afternoon, the water was still well below his waist; during the historically bad floods of 1910, when the city was submerged for two months, it reached his neck. 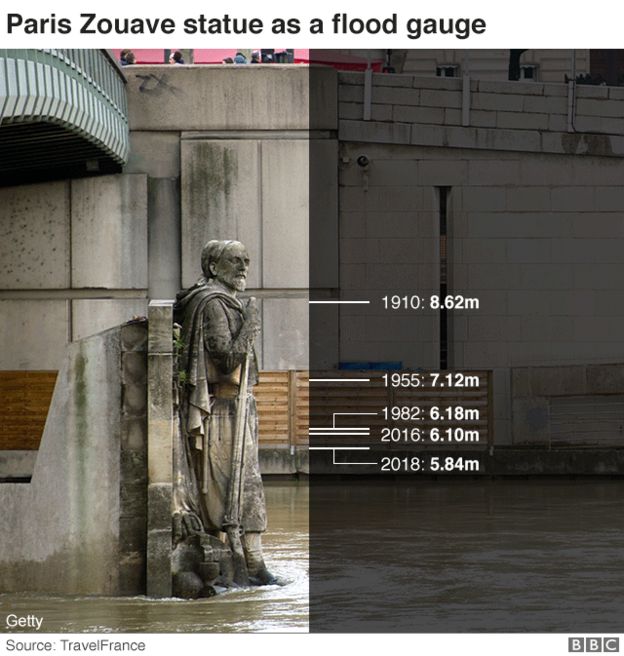