While parts of the Rockies have seen 30 inches of snow the last few days, other parts of Utah have seen 22 inches, creating white-out conditions and leading to more than 200 accidents just in the northern part of the state.

A complex storm system is moving east this morning out of the Rockies, and from Texas to Michigan more rain, snow and flooding is expected.

Thirty states are under storm alerts this morning.

This morning, heavy rain will stretch from New Mexico to Michigan, as ice is again a concern in the Midwest. 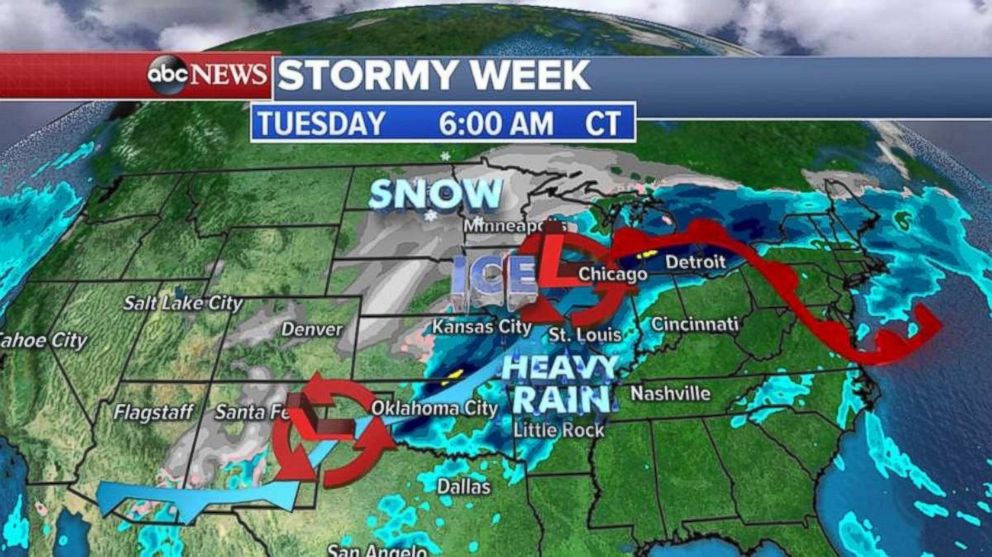 Winter weather is blasting much of the Midwest again this morning.

Flooding will continue to be a huge concern over he next several days, as systems will form along the storm’s frontal boundary. 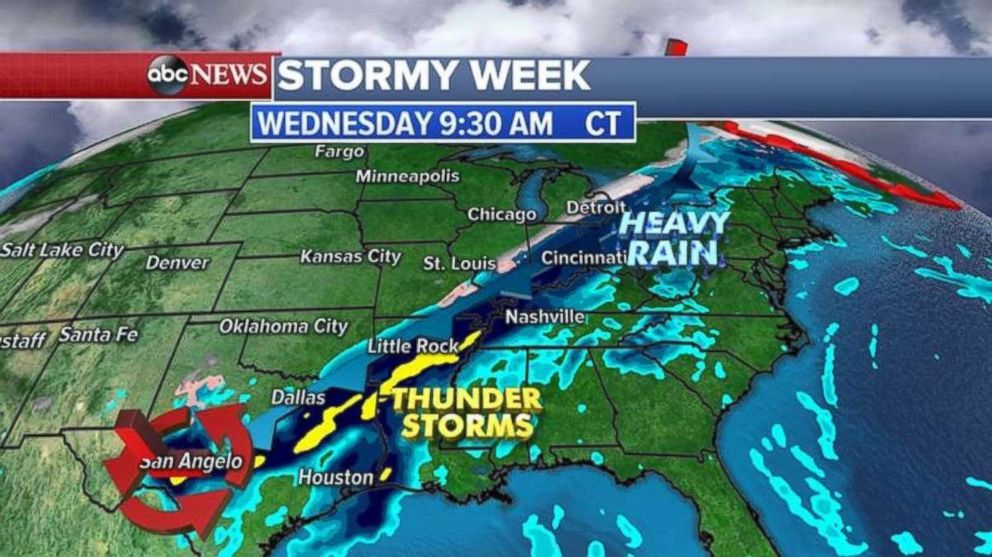 Heaving rain in the Midwest could lead to more flooding.

Heavy rain will continue Thursday morning from Texas into the Ohio Valley. 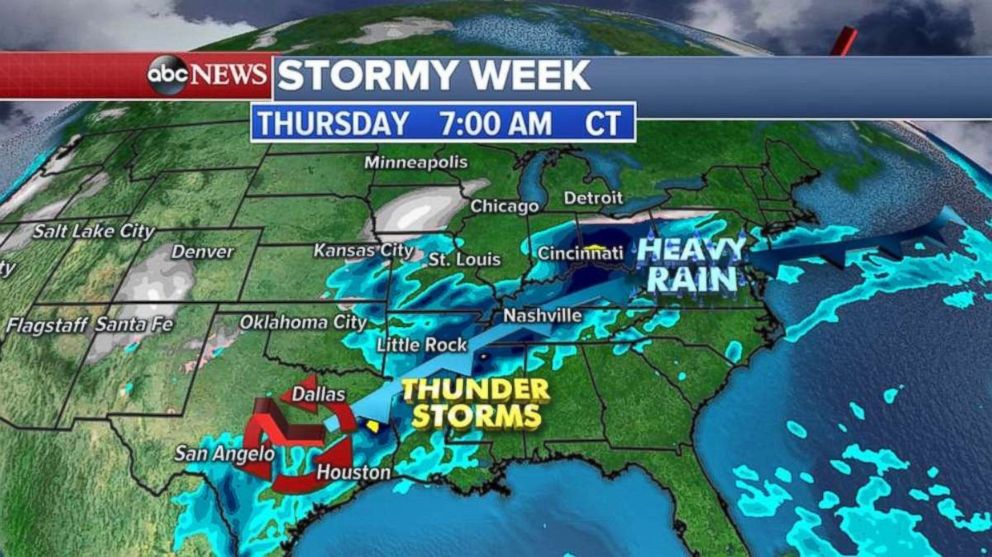 Heavy rain is expected to continue Thursday from Texas into the Ohio Valley.

Through Friday, rainfall could exceed half a foot in parts of northern Texas and into the Mississippi Valley. Parts of Colorado through the Great lakes may see a foot of snow. 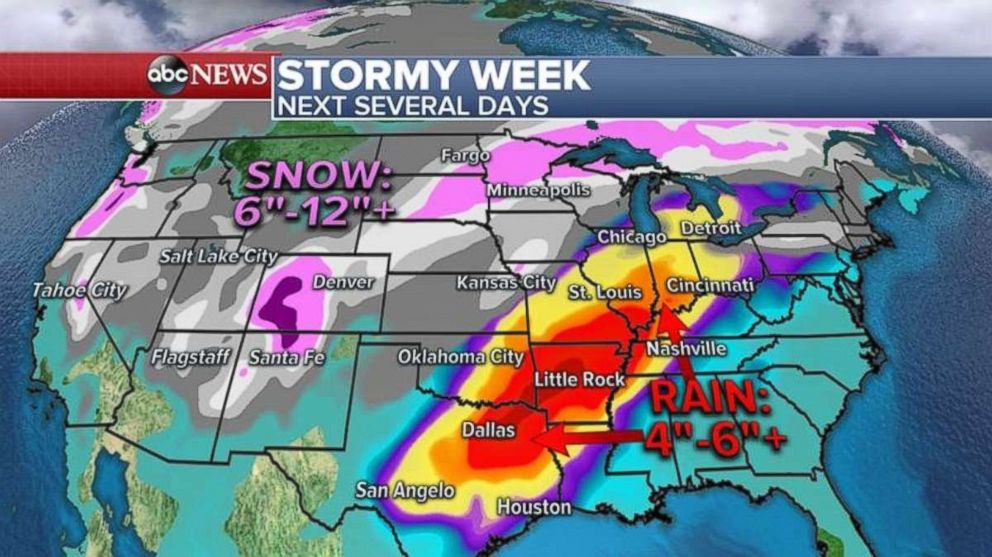 Areas from Colorado to the Great Lakes may see another foot of snow.

Record highs are soon expected from Texas to Florida to Maine. Temperatures today could break records in cities including Pittsburgh, Louisville, Washington and Tampa. 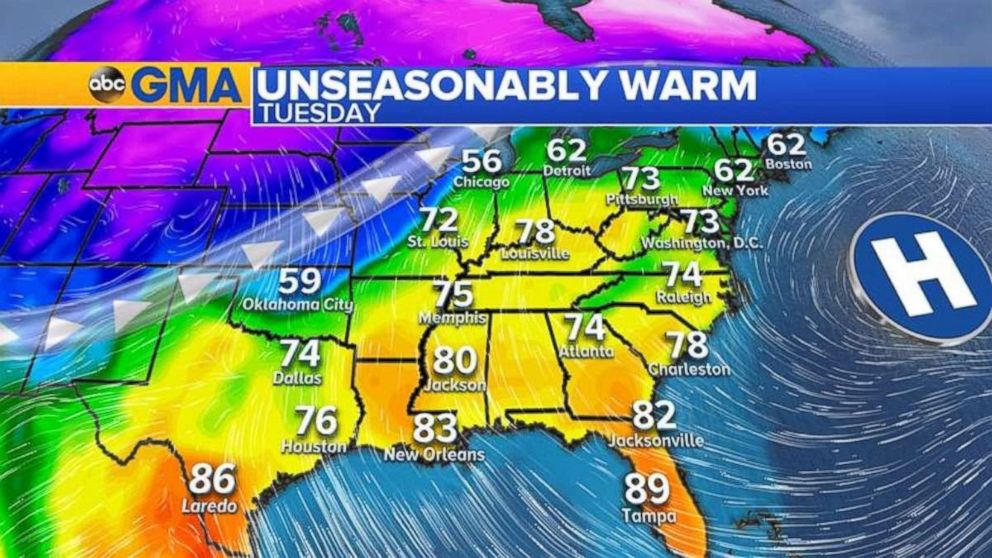 Much of the South and East Coast may see records highs today.

Temperatures may be even warmer on Wednesday, with many East Coast highs nearing 70 as far north as Boston. 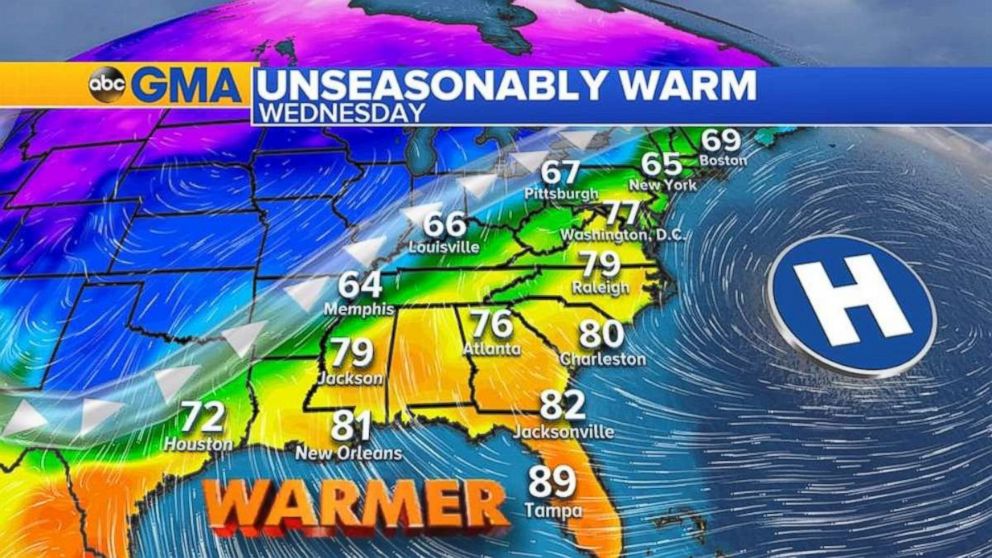 Boston may see a high of 70 on Wednesday.

by Mayank Aggarwal on 14 May 2018 In the past couple of weeks, severe dust storms, thunderstorms and lightning have hit several parts of India, resulting in the deaths of more than 150 people and […]

Forced from their homes by floods, storms and wars, millions of internally displaced people are now at risk of a pandemic. Extreme weather displaced 24 million people within their countries in 2019, with conflict and […]