Snow is falling across parts of the UK as very cold air sweeps in from Russia.

Yellow and amber weather warnings for snow are in place for Monday in much of southern and eastern England – with warnings extending into the Midlands, Scotland and Wales on Tuesday morning.

Many areas have been hit by freezing temperatures, with a wind chill making it feel like -15C in some places.

Rail firms have warned of disruption, with South Eastern advising passengers to complete journeys by 18:00 GMT.

By Wednesday night, more than 20cm (8ins) of snow could have accumulated in some parts of eastern England and Northern Ireland, forecasters have warned.

Scotland is expected to have between 5cm (2ins) 10and 10cm (4ins) of snow on Wednesday.

Road, rail and air travellers could face severe disruption, with BBC Weather warning of possibly hazardous conditions in southern England later in the week as a low pressure weather system moves up from the Bay of Biscay and hits the already “exceptionally cold air”. 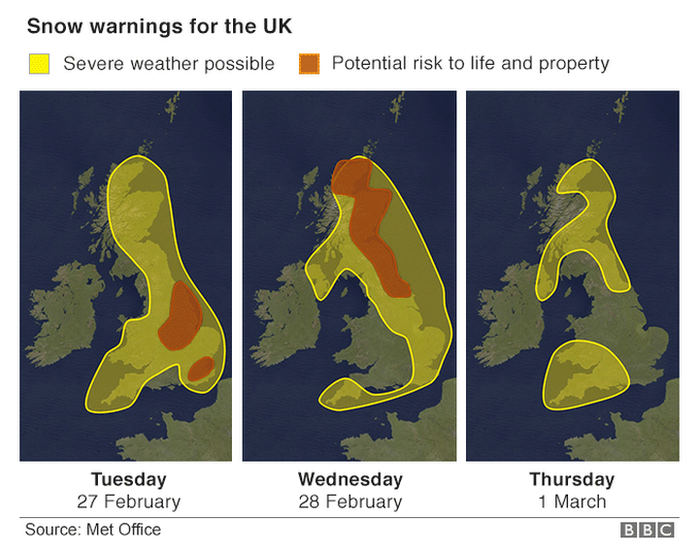 Meanwhile, Heathrow Airport says it is not expecting delays, but urged anyone flying later in the week to check the status of their flight with airlines. 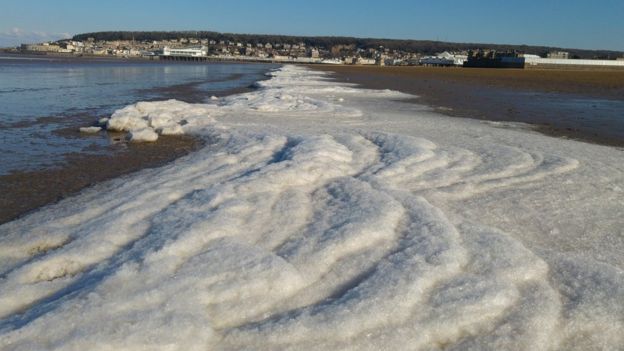 A frozen sea front at Weston-super-mare 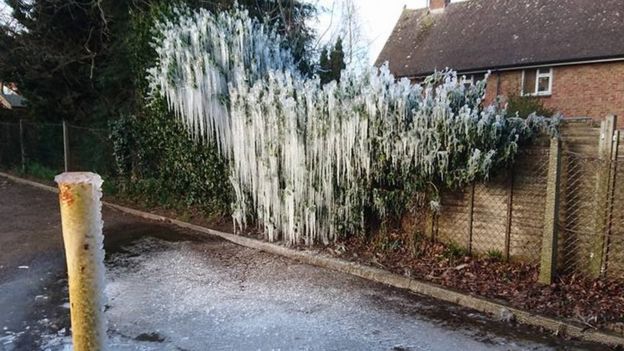 Alina Jenkins, from the BBC’s Weather service, said: “Any precipitation will turn readily to snow, and with bitterly cold strong to gale force easterly winds, blizzards are likely.”

Met Office meteorologist Charlie Powell said: “Unusually for Britain, the snow is going to be quite dry, so it will blow around and gather in drifts and we could see some blizzard conditions.”

He added that while he did not want to alarm people, the Met Office was urging people to be prepared for the so-called “beast from the East”.

Parts of the UK will feel as cold as Norway and Iceland. 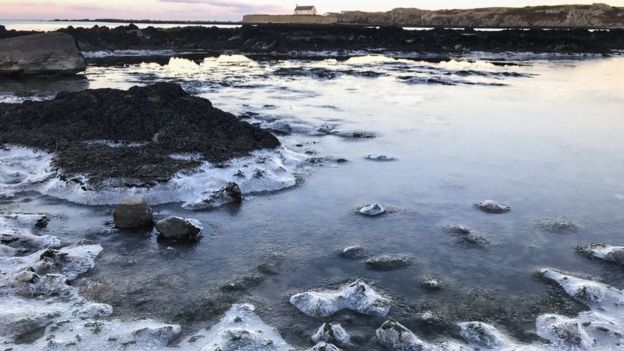 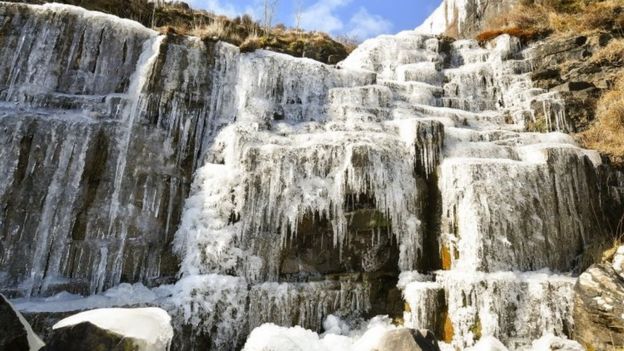 Icicles on a frozen waterfall in the Brecon Beacons

Council teams will also be visiting elderly and vulnerable people to deliver hot meals and carry out emergency heating repairs, the LGA said.

However, it urged people to check on neighbours who may struggle to cope in the cold.

Public Health England have advised homes to be heated to at least 18C.

Emergency shelters have been opened across the country as councils offer extra accommodation to the homeless during the freezing conditions.

The offer of a hot shower, clean clothes, food and a bed can help save lives, homeless charity St Mungo’s said.

Written by Xuefeng on Feb 10, 2018 Translated by Xidai and Edited by Kaer Last night, the outside temperature was -28°c (-18½°f). We could have been at the North Pole! Standing outside for even a […]