The city of Ellicott, Maryland, has been devastated by flash floods for the second time in 2 years.

The streets of Ellicott were once again turned to raging rivers after 201 mm (7.92 inches) of rain fell in 15 hours during Sunday, 27 May. Hudson Branch, a stream that runs through and under the city, jumped from 253.5 feet to 261.06 feet in the space of a few hours. Major flood stage is 260 feet.

“Less than two years ago, the citizens of Howard County and Ellicott City went through a horrific ordeal, and sadly, they are facing a similar emergency today,” said Maryland Governor Larry Hogan.

The Howard County Department of Fire and Rescue Services said there were reports of building collapses and in some areas water was above the first floor of buildings. The department said that multiple rescues were carried out, and requested that people stay away from the the city to allow access to the hundreds of rescuers working in the area.

Officials opened three shelters to house those forced to evacuate their homes, including some who evacuated after a gas leak was reported. So far there have been no reports of fatalities.

Governor Hogan declared a State of Emergency in response to heavy rain and severe flooding in Ellicott City, and areas across the state including Baltimore County, where Catonsville recorded 263.65 mm (10.38 inches) of rain in 15 hours.

“Our administration is closely monitoring the situation and working in partnership with local officials, including Howard County Executive Allan Kittleman, to respond to this extreme weather as quickly and efficiently as possible,” Governor Hogan said.

“The immediate focus is ensuring everyone is safe and secure. The state will continue to provide all available resources to assist Howard County with their response to this extremely dangerous and ongoing situation. I strongly urge all Marylanders to monitor the weather, heed all warnings, and avoid the affected areas.”

As of early 28 May the flood waters had started to recede in some areas, allowing officials and Maryland Governor Larry Hogan to survey the damage. 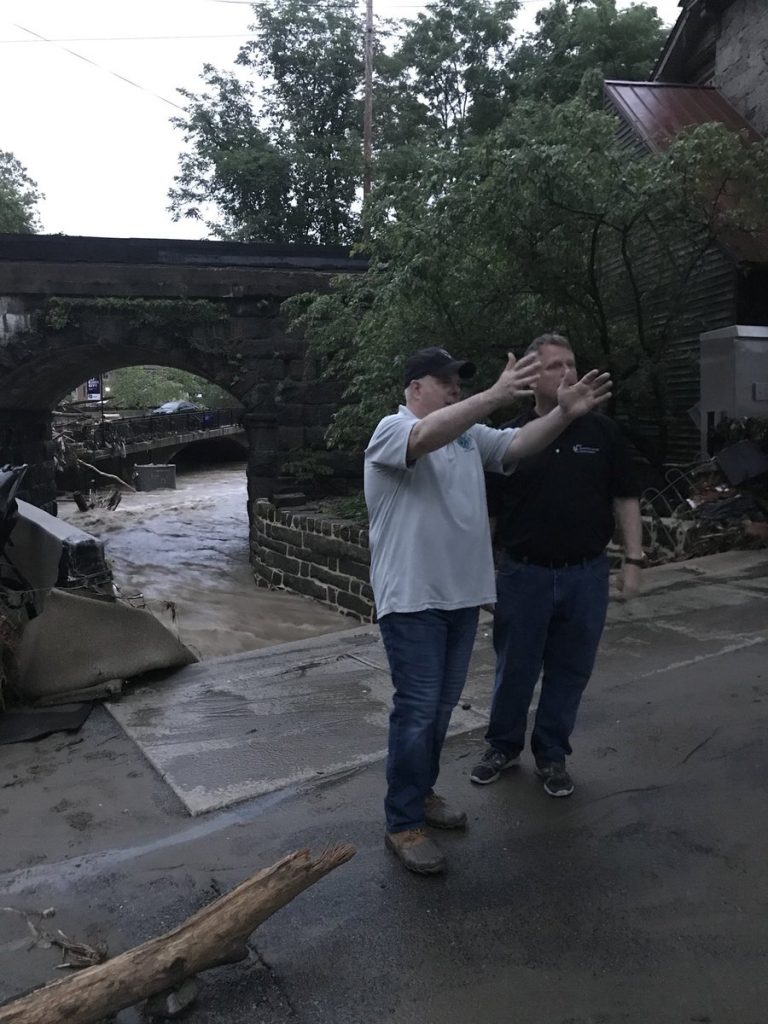 Maryland Governor Larry Hogan surveys the flood damage in Ellicott City, Maryland, May 2018. Photo: Office of the Governor of Maryland

This is the second time the historical Ellicott City has been devastated by flooding in 2 years. In late July 2016, over 150 mm of rain fell in two hours, causing floods to rip through the heart of the city. Authorities later confirmed that 2 people had died and around 250 homes and businesses were damaged. Streets and businesses were closed for months after the event. 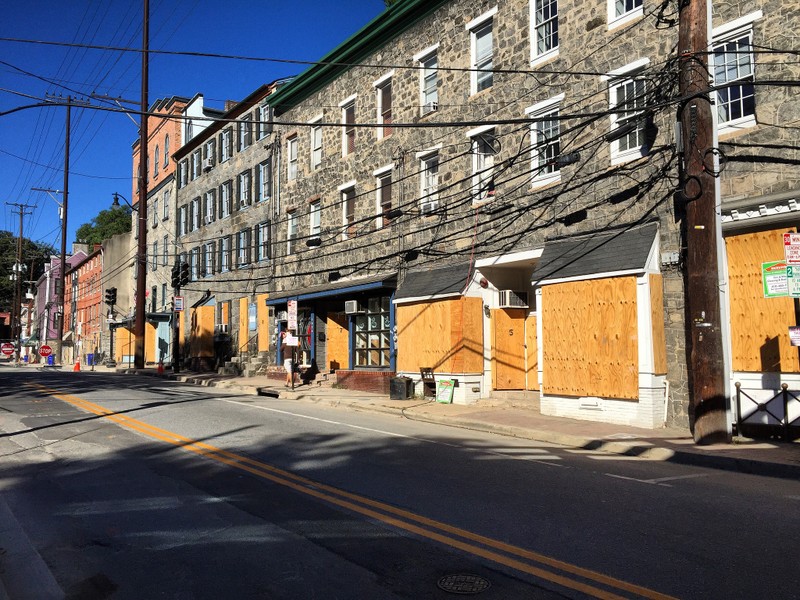 The historic city of Ellicott, Maryland, after the devastating floods of 2016. Photo: Forsaken Fotos, CC BY 2.0

Ellicott has experienced about 50 significant flood events since its founding in 1772, according to the excellent article, “When it rains, it pours in Ellicott City” by Timothy B. Wheeler for the Bay Journal.

Wheeler explains that the town is in a narrow valley bounded by steep granite cliffs, and located where 4 streams converge to form the Tiber River before emptying into the Patapsco. This made it an ideal area to harness water power to mill grain in the 1770s, but is also means Ellicott is vulnerable to flooding.

In response, Howard County launched the Ellicott City Watershed Master Plan in May last year. According to the County, the master plan aims to help develop a comprehensive community-driven vision for rebuilding a stronger and more resilient Ellicott City and take a fresh and creative look at potential long term flood solutions and strategies. 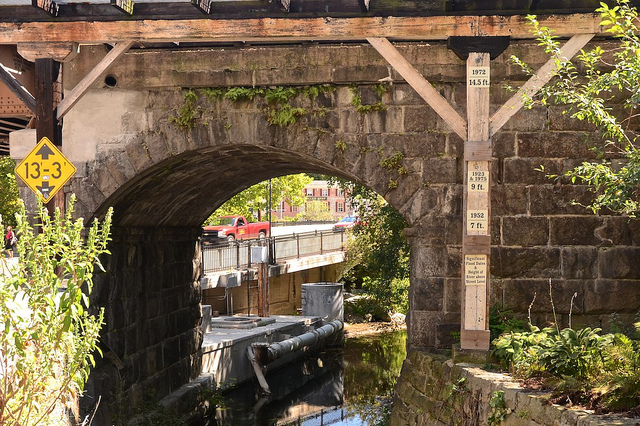 7 MAY, 2018 BY RICHARD DAVIES At least 4 people died in flash floods that hit the city of Duhok in the Kurdistan Region of Iraq on Saturday, 05 May 2018. Duhok Civil Defense said […]