Governor Kim Reynolds has issued disaster declarations for several counties in Iowa over the last few days in response to flooding and severe weather that first began on 14 June, 2018. The situation worsened after heavy rain from 20 June which has left many rivers swollen in both Iowa and South Dakota.

In Iowa, evacuations have been carried out in the city of Rock Valley and a train carrying crude oil derailed over a flooded bridge near Doon on 22 June.

National Weather Service (NWS) in Sioux Falls said that some areas have recorded 7 to 8 inches (177 mm to 203 mm) of rain over the last 6 days. As of 27 June, rivers were at flood stage in 44 locations in Iowa and South Dakota, and at major flood stage in 10 locations, mostly along the Big and Little Sioux rivers.

Flooding in Rock Valley in north western Iowa prompted authorities to issue a travel ban and mandatory evacuation orders on 25 June. The ban has since been lifted and some of those evacuated have been able to return home.

Levels of the Rock River which runs through the city rose to 21.2 feet (6.46 metres) on 22 June, well above the 19 feet (5.79m) major flood stage. Levels dropped temporarily before again rising above major flood stage on 26 June.

In response to the volatile river levels, Rock Valley Mayor, Kevin Van Otterloo, said, “We want to be proactive and let citizens know to be aware over the next 12 to 24 hours that the river levels may change, and we may be needing to look at further evacuations.”

In South Dakota, officials have closed several roads as a result of flooding, including Highway 46 at the Iowa state line.

An estimated 230,000 gallons (870,619 litres) of crude oil spilled into floodwaters near Doon, Lyon County, following a train derailment on 22 June.

In a statement on the disaster declarations, Governor Reynolds blamed the severe weather for the incident, saying that a “significant impact from this storm was the derailment of approximately thirty tanker cars hauling crude oil on a Burlington Northern Santa Fe train in Lyon County.” The governor visited the site on 23 June as part of a tour of areas affected by the flooding.

In a recent statement, BNSF Railway, the company responsible for the train, said that “much of the 230,000 gallons of oil spilled in the incident is contained to a small triangular area between our tracks, Garfield Avenue and 270th Street. Hazardous materials and environmental experts continue to use skimmers to recover any additional oil at that location. Removal is ongoing as well in that general area where flood waters have receded. Ongoing air monitoring efforts have found no levels of concern for conditions that could impact workers and the community.”

“We remain grateful there were no injuries as a result of this incident and regret the inconvenience it has caused the community. BNSF continues to work with those directly impacted and with local officials.” 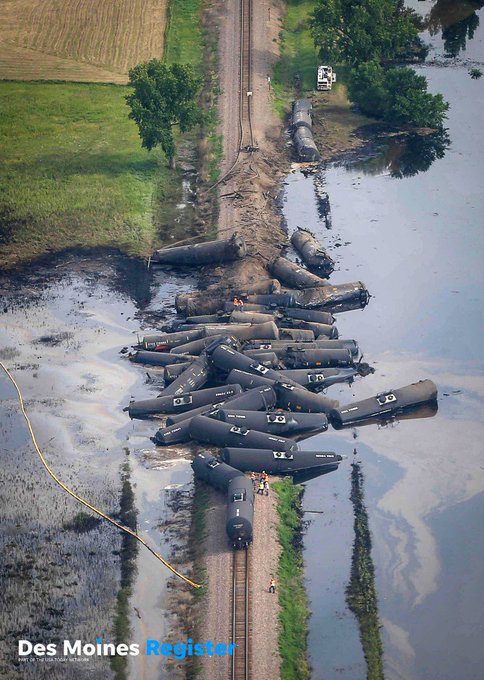 Aerial photos show the aftermath of a train derailment and oil spill in northwest Iowa. More from the air and on the ground via @bryonhoulgrave: https://www.desmoinesregister.com/media/cinematic/gallery/36288555/photos-crude-oil-train-derails-in-northwest-iowa/ … 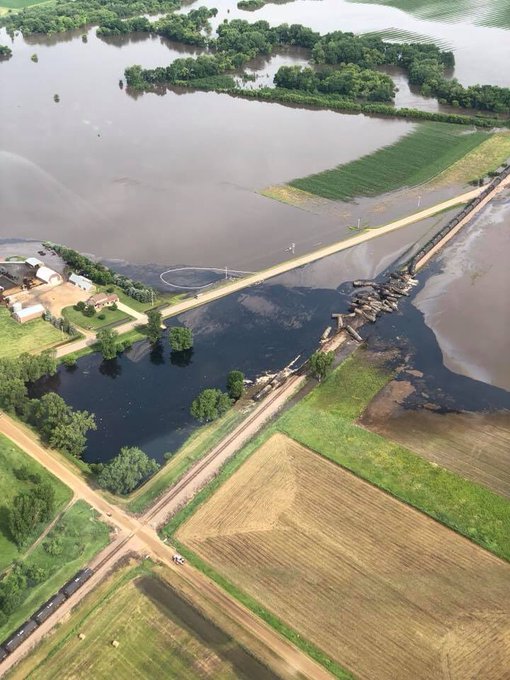 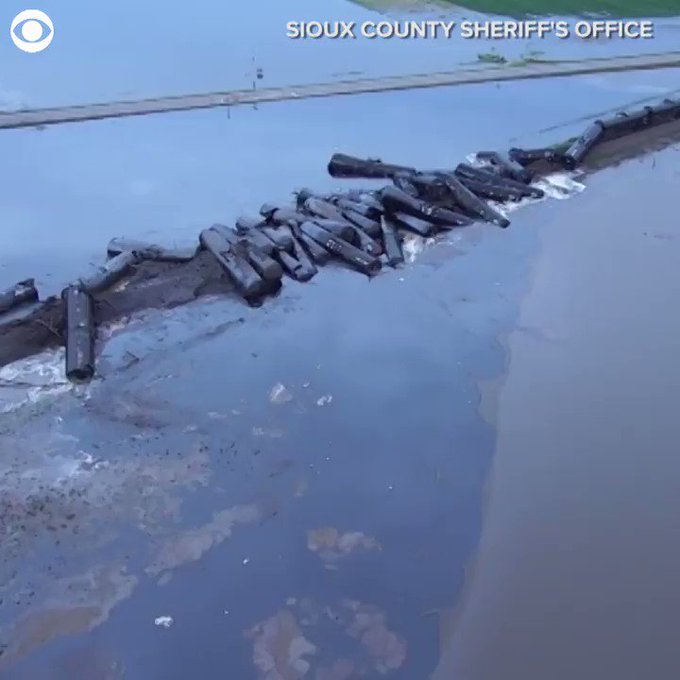 BY RICHARD DAVIES   15 MARCH, 2018 In similar circumstances to those recently seen in Albania, Croatia, Bosnia and Herzegovina, rain and melting snow have caused flooding in Romania over the last few days. As […]

With the world on fire, we must act now to tackle climate change

Letters Wed 8 Aug 2018 18.08 BST On Monday we received the distressing news that the agro-forestry farm where our son and his partner live in Portugal has been destroyed by wildfires. Thankfully no lives were […]