Snowmelt has triggered flooding in parts of northern Montana, prompting Governor Steve Bullock to declare a state of emergency. The Marias River has reached record heights and the Milk River its highest level in 60 years.

The state of emergency has been issued for the Fort Belknap Indian Reservation, the Town of Chester, and Pondera, Hill, Blaine, Valley, Toole, Liberty, and Petroleum Counties. The declaration will allow the use of state government services and equipment, and let the U.S. Army Corp of Engineers help protect infrastructure.

Rapid snowmelt and flooding have impacted the Milk River Basin and Marias River Basin. United States Geological Survey (USGS) in Montana said that along the Milk River basin, near-record flood crests are expected later this week or early next week. The overflowing rivers and tributaries have flooded roads and wide areas of farmland.

National Weather Service Great Falls issued a flood warning on 18 April for areas around the town of Harlem after levels of the Milk River increased and a local creek overflowed. Authorities ordered several homes to evacuate.

On 19 April a flood warning was issued for areas around the town of Harvre as a result of the Big Sandy Creek overflowing, and for Chinook after levels of Battle Creek increased.

River levels are expected to remain high for some time, possibly until May. The governor’s statement said that near-record snowpack in nearly every river basin across Montana is expected to melt off as temperatures begin to rise.

“As Montanans are faced with flooding, we are doing everything necessary at the state level to protect health and safety, and to preserve lives, property, and resources,” said Governor Bullock.

“We continue to keep in close communication with local and tribal officials as we monitor conditions around the state.” 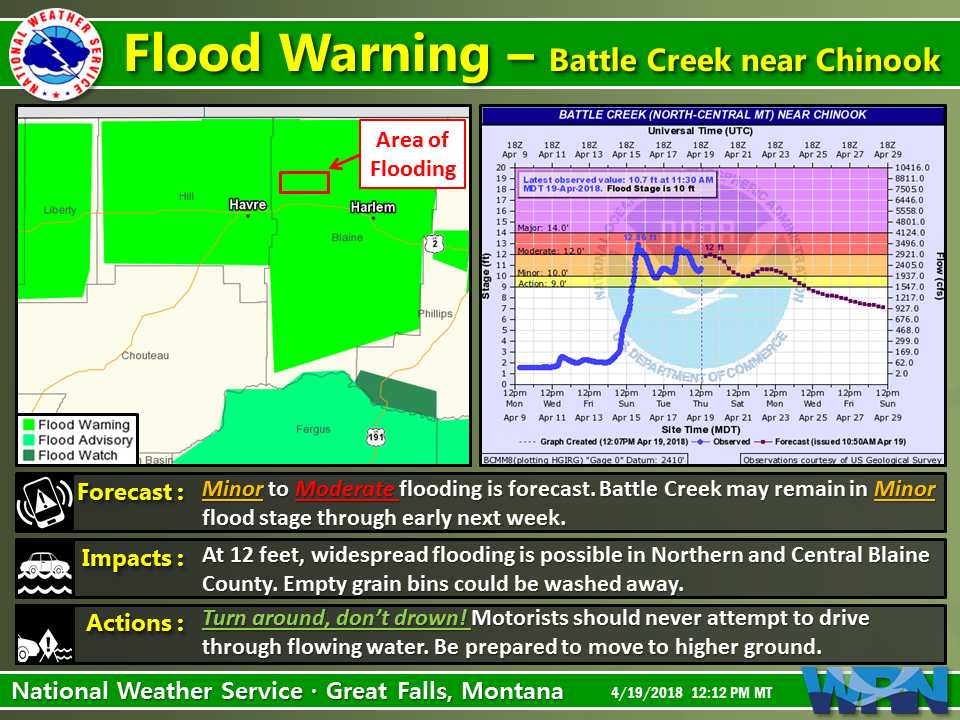 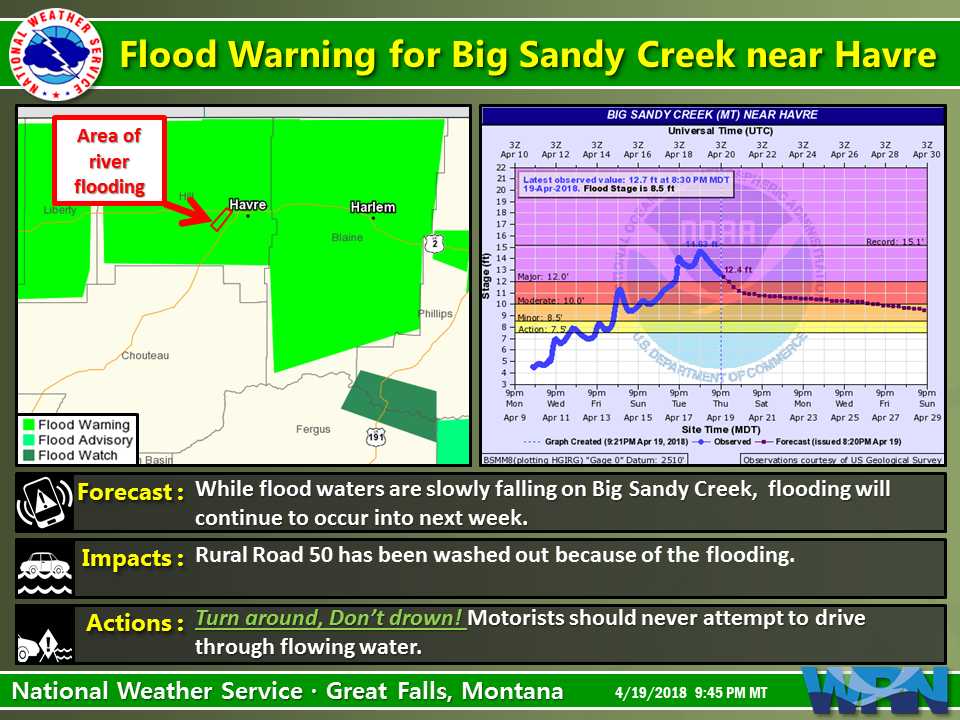 18 JUNE, 2018 BY RICHARD DAVIES IN NEWS, USA Heavy rain in the Upper Midwest of the USA caused flash flooding in parts of Michigan, Minnesota and Wisconsin between 16 and 17 June, 2018. In […]