On Friday, Irish voters overturned the 8th Amendment to Ireland’s Constitution, which made it illegal for women to have abortions in the country.

Women all around the world are celebrating the win, which was announced on Saturday.

On Friday, Irish voters overturned the 8th Amendment to Ireland’s Constitution, which made it illegal for women to have abortions in the country barring extremely extenuating circumstances.

Exit polls released on Saturday showed that it was a landslide victory with 66.4% of voters on the “yes” side in favor of repealing the referendum.

Abortion had been illegal in Ireland since at least 1861 when the British authorities instated a ban on the procedure. It remained prohibited in the 20th century when the country became independent, according to the Irish Independent.

But the laws changed in 1983 when the 8th Amendment was voted in. The referendum states that abortions should only be performed when the mother’s life is in immediate danger, as fetuses have an “equal” right to life.

To work around the restrictions, nearly 170,000 women traveled outside of Ireland to the UK and other European counties to get legal abortions between 1980 and 2016, Vox noted.

Although Irish women have been unhappy with the amendment since it was first introduced, it would take nearly 25 years for it to be overturned. The historic vote was prompted by the Catholic Church’s decreased influence on the country and the death of Savita Halappanavar, who died of septic shock from miscarriage complications in 2012, the Guardian Reported. 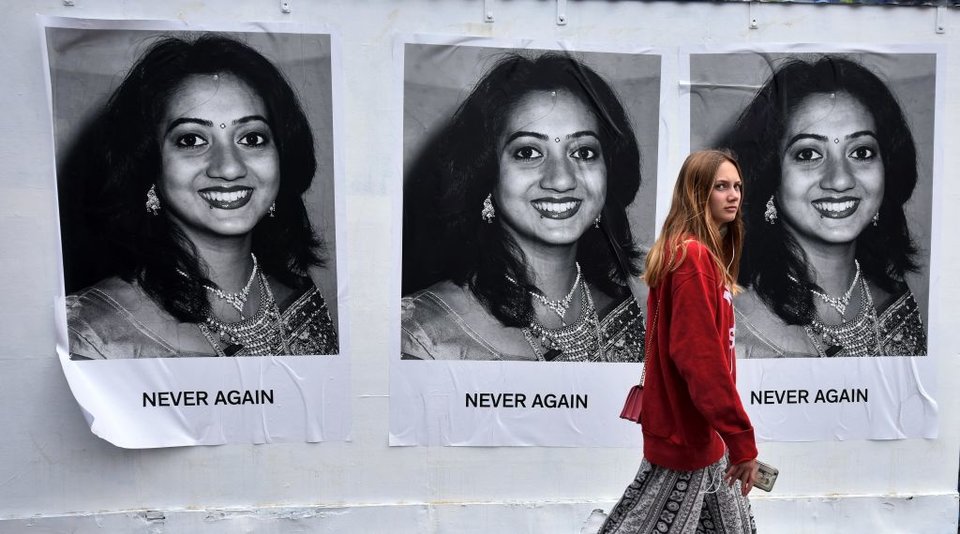 Savita Halappanavar’s death has been a rallying cry for the movement.Charles McQuillan/Getty Images

Halappanavar was 17 weeks pregnant when she was admitted to Galway Hospital for back pains. Her doctors concluded that a miscarriage was inevitable but didn’t medically induce one because the fetus had a heartbeat and it didn’t seem that Halappanavar’s life was at risk.

Ultimately, there was no abortion. Halappanavar, 31, spontaneously miscarried and later died.

An investigation found that the country’s abortion law played a hand in her doctors’ decision not to induce the miscarriage, and, in turn, her death. The investigation suggested a change in the country’s legal code or constitution to prevent similar situations in the future.

Halappanavar’s death has been the rallying cry for the amendment’s repeal.

In Ireland, people are especially happy about the victory. 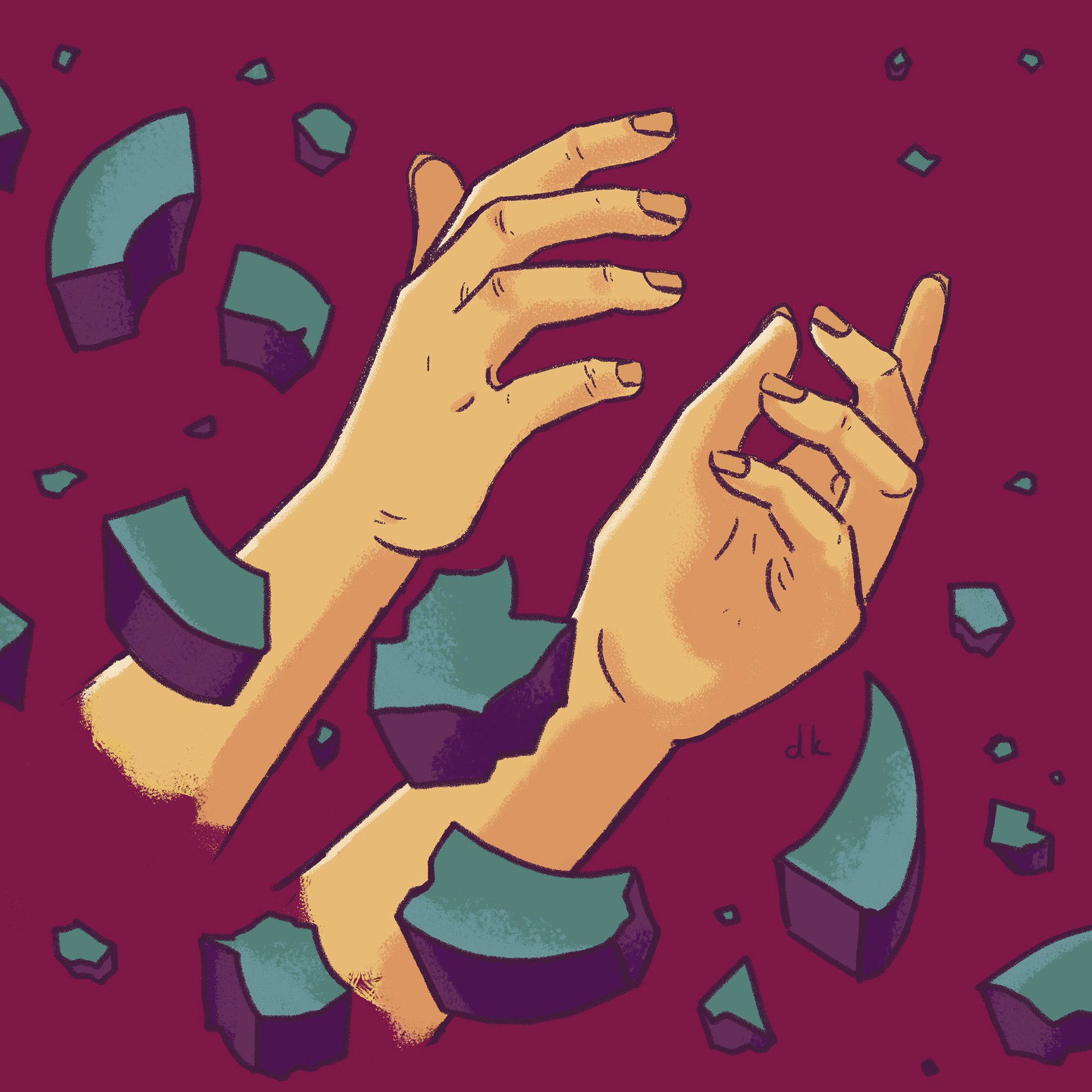 Dearbhla voted YES @dearbhlala released, repealed,people are talking about this.

People all around the world are celebrating what they consider a reproductive victory. 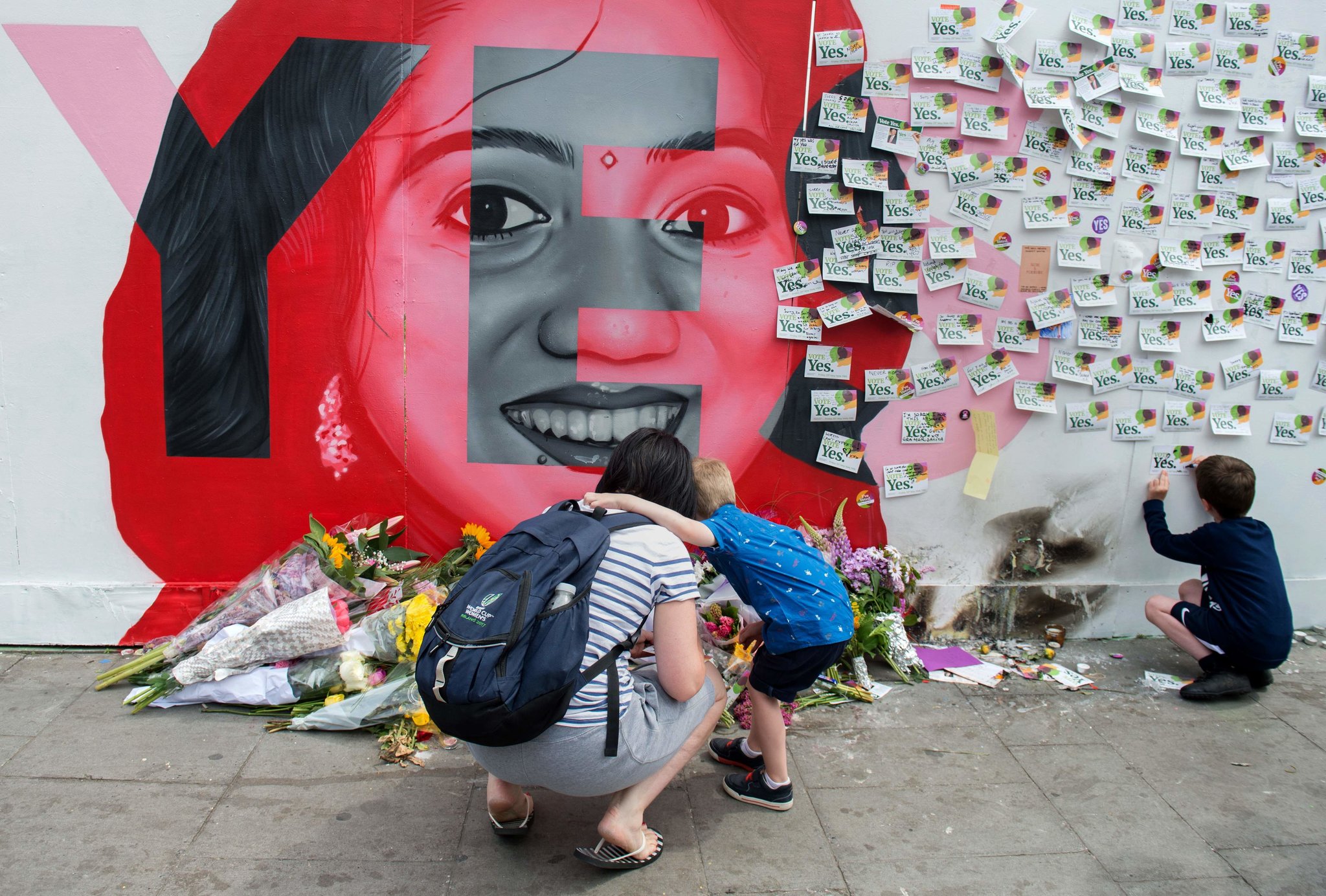 A mural in Dublin of Savita Halappanavar, who died in 2012 of complications from a miscarriage after a hospital rejected a request for an abortion.CreditBarry Cronin/Agence France-Presse — Getty Images

Although the referendum was repealed, abortion won’t automatically become legal in Ireland. Legislation permitting abortion still has to be introduced and passed in the country’s parliament. The Irish government reportedly plans to introduce a new law that would permit abortion without restriction up to 12 weeks into the pregnancy.

26/05/2018 By Sarah Ann Harris，Sara C Nelson IRELAND – As the results of the historic abortion referendum trickled in on Saturday and the scale of the landslide victory for the Yes campaign dawned, there were […]

January 16, 2018 in World News The country has longed banned the showing of movies in public, as well as the mixing of men and women at cinemas. Saudi Arabia has begun screening movies after […]