Thousands of people attended the first AfroPunk festival to be held on the continent. The celebration of alternative black culture was held in the South African city of Johannesburg recently.

The festival describes itself as “a blank space to freak out in, to construct a new reality, to live your life as you see fit, while making sense of the world around you”.

For years the festival has been a space for Africans in the diaspora to explore their heritage. So some described its first appearance in Africa as a homecoming.

AfroPunk was first held in New York in 2005, and was started by people who felt marginalised by both mainstream black and pop cultures. They drew heavily on the rebellious spirit of punk.

It has since become a global movement, and has been held in Atlanta, Paris and London.

The festival celebrates music and culture “born of African spirit”, as well as alternative music and fashion. It has become synonymous with eclectic, experimental outfits and style. 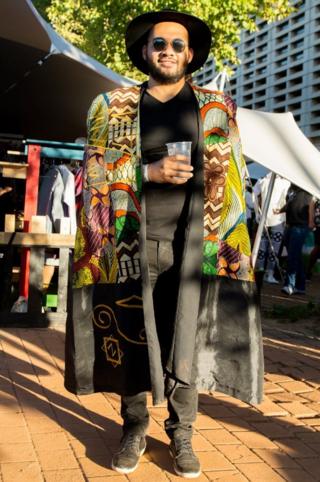 There was some controversy on the first day after South African DJ Cleo pulled out, claiming local artists were not being treated with the same respect as international ones. But that didn’t seem to stop music-lovers dancing to both legendary old and popular new South African musicians, including Kwaito star Thebe, below. Kwaito music developed in South Africa in the early 1990s.

Traditional healer, artist and activist Albert Ibokwe Khoza, below, accompanied The Brother Moves On for their carnivalesque performance.

International artists, including British performer Laura Mvula, below, and American Anderson .Paak kept festival-goers entertained on day two. US star Solange was meant to be the headline act but she cancelled due to sickness. Some say the AfroPunk movement has become a victim of its own popularity, and has become mainstream. 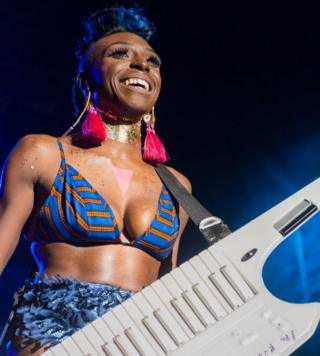 Pride in black hair, beauty and fashion were all on display, in keeping with the themes of the festival.

The festival also champions inclusion of people of all backgrounds, ethnicities and sexual orientations. Screens flashing the messages rejecting ableism, sexism, homophobia and racism were on display throughout the festival. 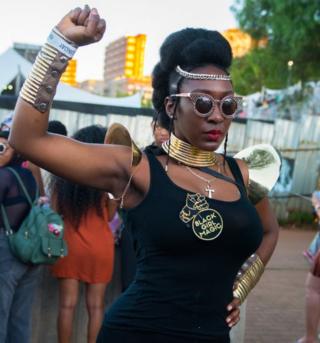 Art was also created – Gloria Shoki, below, urged others to join her painting a graffiti mural.

For 29-year-old performance artist and poet Thola Antamu, below, this was a chance to dress up in her most regal attire. 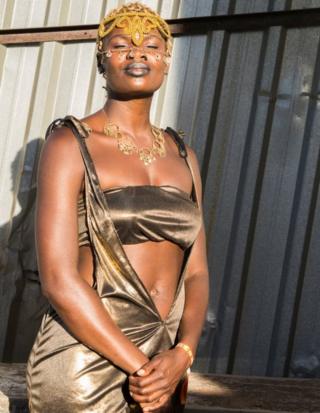 South African officials say ‘Day Zero’ will be April 21, when the city of 4 million is expected to run dry. Updated January 20 BY ROBYN DIXONTRIBUNE NEWS SERVICE A sign warns residents of water restrictions in […]