Modern farming has wiped out billions of insects and birds. Plans to restore them will only work with public pressure

Ever been on a protest march for the environment? If you’re young and you care about things – if you’re old, for that matter – you may well have been, and I bet I can guess the theme of the demo. It was probably about climate change, and quite right too, global warming being an unparalleled threat to our very existence. It might have been about nuclear power and its expansion; it might perhaps have been aimed at major pollution, or the loss of some local well-loved amenity. But I’ll bet you a pound to a pinch of snuff that it wasn’t about farmland birds, or the disappearance of insects.

No one, young or old, marches in the street to protest about the impoverishment of our countryside; no one hoists banners crying out against the turning of our green fields into sterile wildlife wastelands. Yet in the past 50 years in Britain, through the intensification of agriculture, we have destroyed well over half of our biodiversity, and the populations of birds, butterflies and wild flowers that once gave the landscape such animation and thrilling life have been utterly devastated – the figures are there.

Most notable is the case of farmland birds, which by the government’s own admission declined by 56% between 1970 and 2015; it is estimated this represents a loss of at least 44 million individuals. Over huge swaths of the land, once beloved species such as the lapwing, the spotted flycatcher, the cuckoo and the turtle dove, as well as many once common butterflies such as the pearl-bordered fritillary and once familiar blooms such as cornflowers, have simply vanished. The fields may still look green in spring, but it is mostly lifeless scenery, apart from the pesticide-saturated crops: it is green concrete. 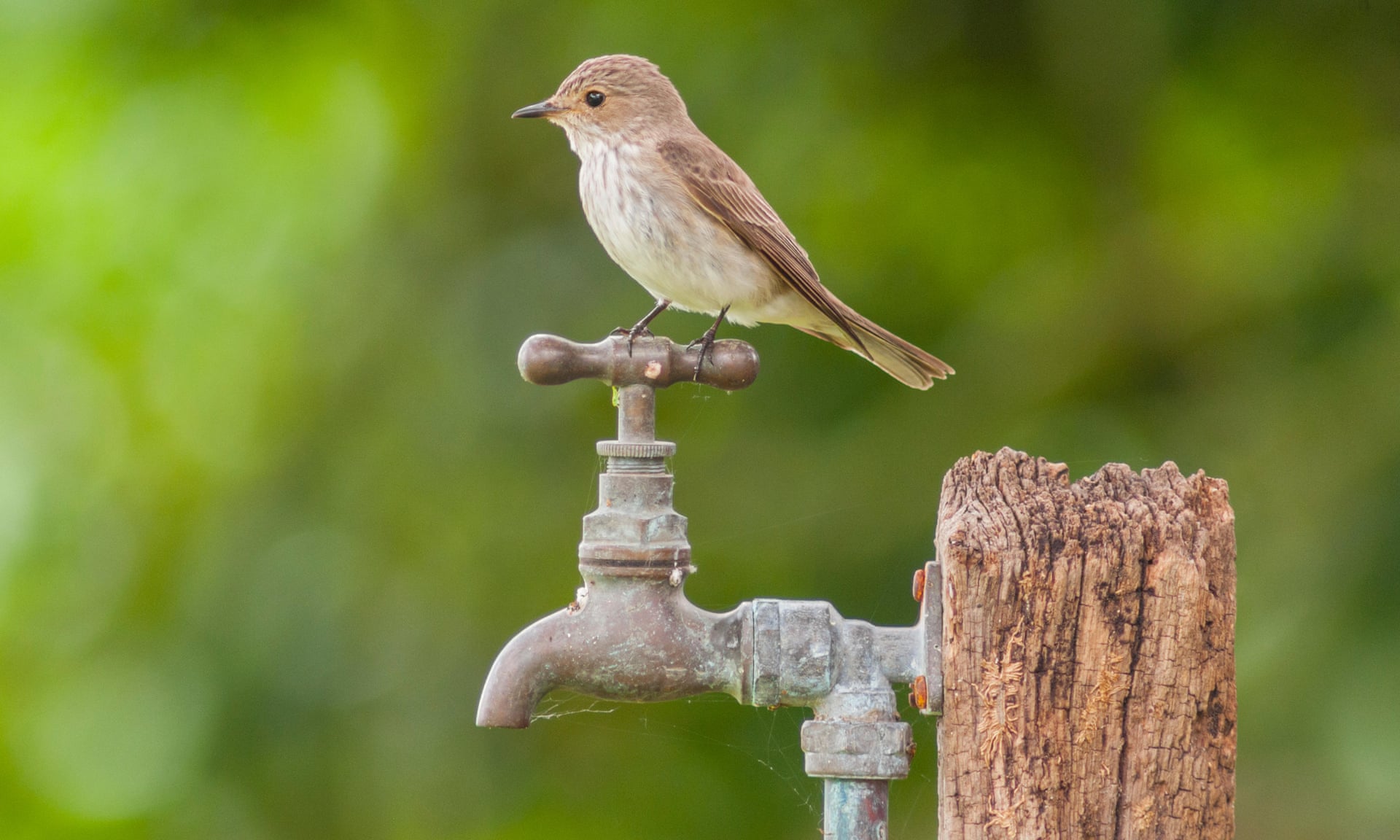 This is a quite remarkable historical event; it has altered the character of Britain just as profoundly as the other changes of the past half-century, such as the end of social deference, the rise of multiculturalism and the coming of sexual equality. Yet its most remarkable aspect is this: people still do not perceive it. In the past decade, specialists in conservation have come to understand the magnitude of the loss, but for the public at large, and indeed for most politicians, it is simply not on the radar; we are faced with a sort of mass cognitive dissonance, a nationwide unawareness of what is obvious.

Most Britons remain blithely unaware that since the Beatles broke up, we have wiped out half our wildlife. Yet we are not alone. Last week, the French woke up in a dramatic way to the fact that their own farmland birds, their skylarks and partridges and meadow pipits, were rapidly disappearing: Le Monde, the most sober of national journals, splashed the fact across the top of its front page. French bird populations in general, two reports indicated, had fallen by a third just in the past 15 years, and the next day scientists said that this was symptomatic of a future facing Europe as a whole, of “biodiversity oblivion”.

Intensive farming is the problem. Three generations of making agriculture more industrial have given Europe cheap food on a mammoth scale, but a terrible environmental price has eventually been paid, which we are only now understanding. The heart of the matter is universal pesticide use: we benefit from farming wholly based on poison, which has exterminated more and more of the insects at the base of myriad food chains in the natural world. 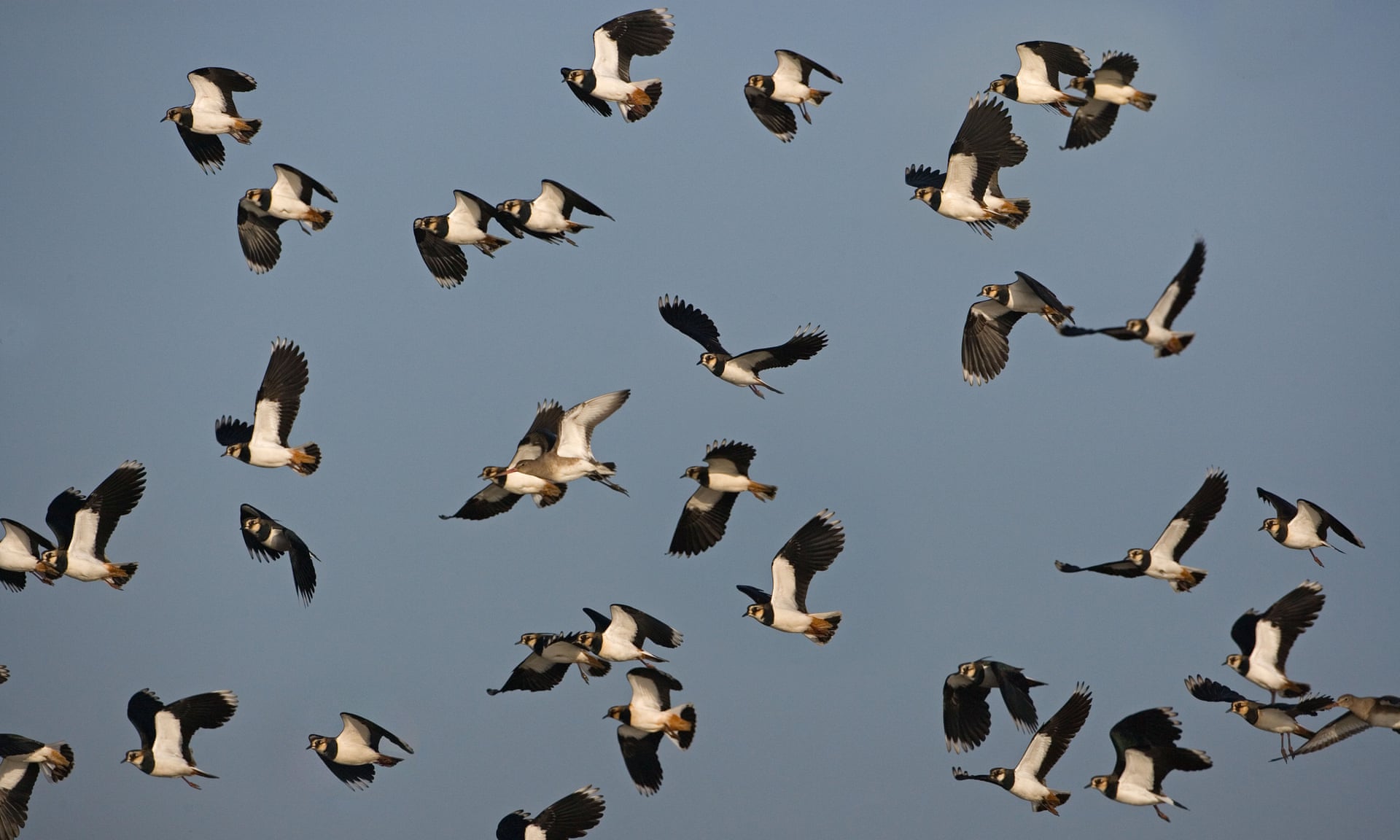 In the recent past, few have cared about insect decline, because people in general don’t care about insects, but the numbers are becoming too big to ignore. The startling disclosure last October that since the fall of the Berlin Wall in 1989, the number of flying insects on nature reserves in Germany had dropped by at least 76% – more than three-quarters – went round the world.

Can anything be done to get us off the road to biodiversity oblivion? The perhaps surprising answer is that yes, it can. We can reorder the basis of our farming, and here we stand at a major crossroads, because that is what the present Conservative government has just promised to do. On 11 January it launched a 25-year environment plan, and followed it up on 27 February with a consultation on the future for food, farming and the environment.

Both these documents offer to put British agriculture on a wholly new basis (partly made possible by the anticipation of Brexit): the state will continue to pay farmers, but not according to the amount of food they produce, as the EU’s common agricultural policy first ordained, or according to the amount of land they own – the situation at the moment. 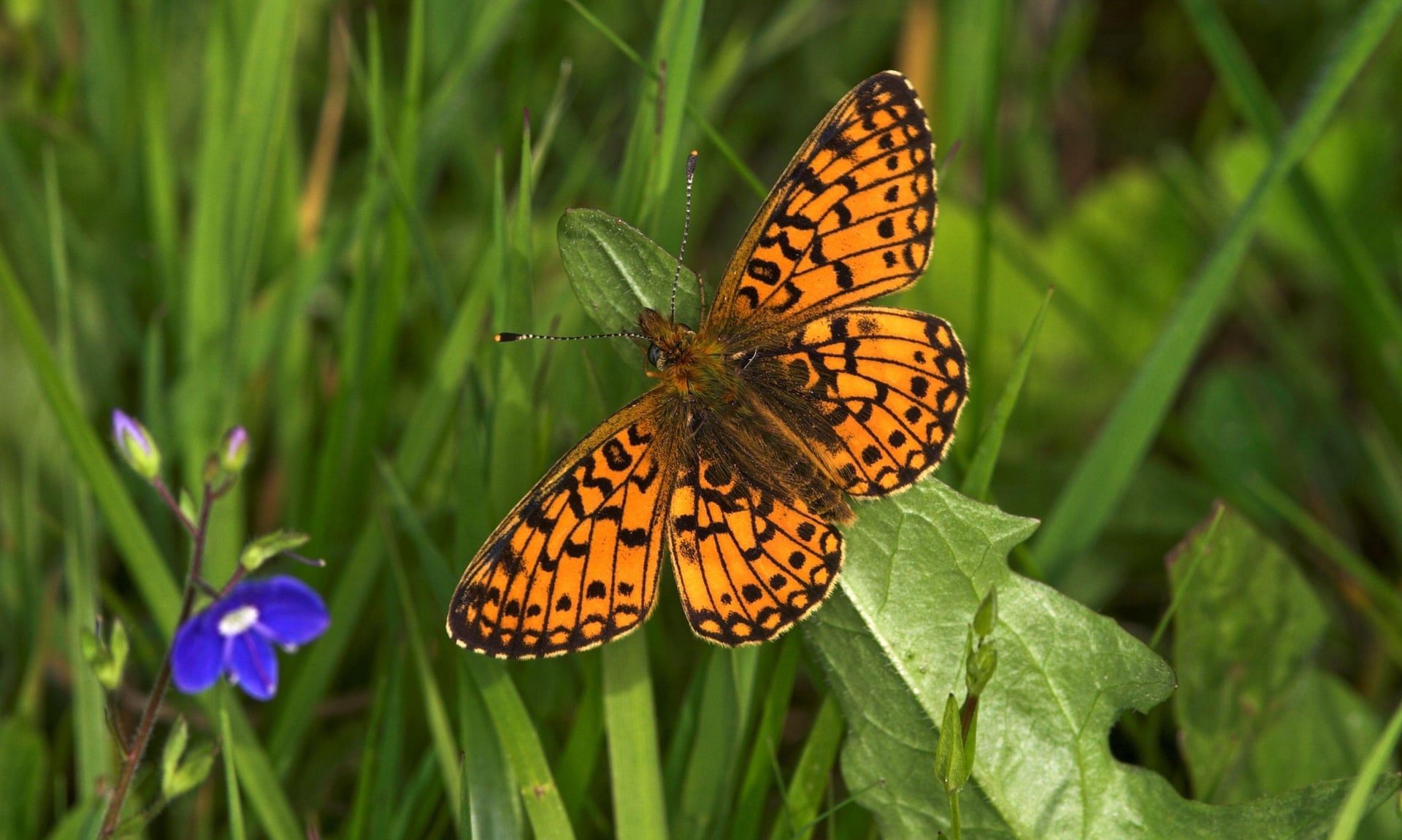 They will be paid according to the amount of environmentally friendly measures they can put in place on their land. The new philosophy is “public money for public goods”, and the environment is explicitly recognised as the principal public good.

Senior conservationists I have spoken to are enthusiastic about these proposals. If you’re on the left, you might allege that this is mere greenwashing, a renewed attempt to detoxify the Tory brand, and of course, there will be votes in this – those vital young votes especially. But you only have to read the documents to see that this is in no way a political stunt, a crude photo-op like David Cameron with his huskies in the Arctic. These are proposals that have been deeply thought through.

As they stand, they’re great. The principal problem will be holding the government to them. For instance, the £3.1bn in EU subsidies that British farmers currently receive, if converted into payments for agri-environment measures, would go a very long way to reversing the destruction of our wildlife; but that sum is only guaranteed until 2022. What happens after that? What’s to stop the Treasury clawing a huge chunk of it back? 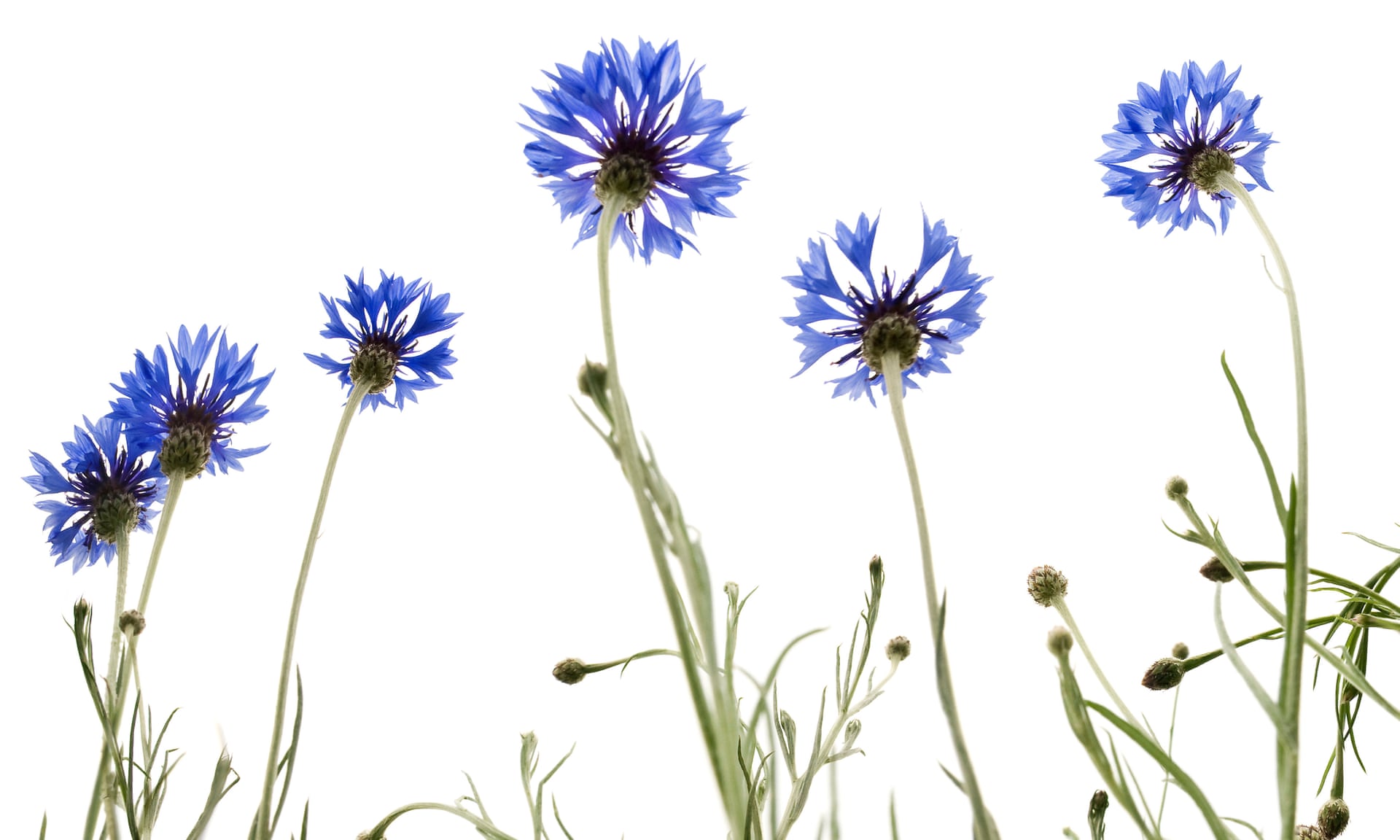 What is needed is political pressure on the government to stand by these promises. It has to come ultimately from the base, since ordinary people’s feelings are the beginnings of political will. So what must happen first is that long overdue recognition, by the public as a whole, of just how terribly our countryside has been devastated.

We all know and love William Blake’s reference to the green and pleasant land; the time has come to acknowledge that it may still be green, but much of it, alas, is now a lifeless landscape, pleasant no longer.

• Michael McCarthy is a journalist and naturalist, and author of The Moth Snowstorm: Nature and Joy

We look at the state of global food security amid rising concerns about the world population and climate change. 08 May 2018 11:02 GMT There are currently 7.6 billion people on the planet, and they […]

Climate Change Is Becoming a Top Threat to Biodiversity.Warming rivals habitat loss and land degradation as a threat to global wildlife

By Chelsea Harvey March 28, 2018 Climate change will be the fastest-growing cause of species loss in the Americas by midcentury, according to a new set of reports from the leading global organization on ecosystems […]

Why what we eat is crucial to the climate change question