Land degradation is undermining the wellbeing of two-fifths of humanity, raising the risks of migration and conflict, according to the most comprehensive global assessment of the problem to date.

The UN-backed report underscores the urgent need for consumers, companies and governments to rein in excessive consumption – particularly of beef – and for farmers to draw back from conversions of forests and wetlands, according to the authors.

With more than 3.2 billion people affected, this is already one of the world’s biggest environmental problems and it will worsen without rapid remedial action, according to Robert Scholes, co-chair of the assessment by the Intergovernmental Science-Policy Platform on Biodiversity and Ecosystem Services (IPBES). “As the land base decreases and populations rise, this problem will get greater and harder to solve,” he said.

The IPBES study, launched in Medellín on Monday after approval by 129 national governments and three years of work by more than 100 scientists, aims to provide a global knowledge base about a threat that is less well-known than climate change and biodiversity loss, but closely connected to both and already having a major economic and social impact.

The growing sense of alarm was apparent last year when scientists warned fertile soil was being lost at the rate of 24bn tonnes a year, largely due to unsustainable agricultural practices. 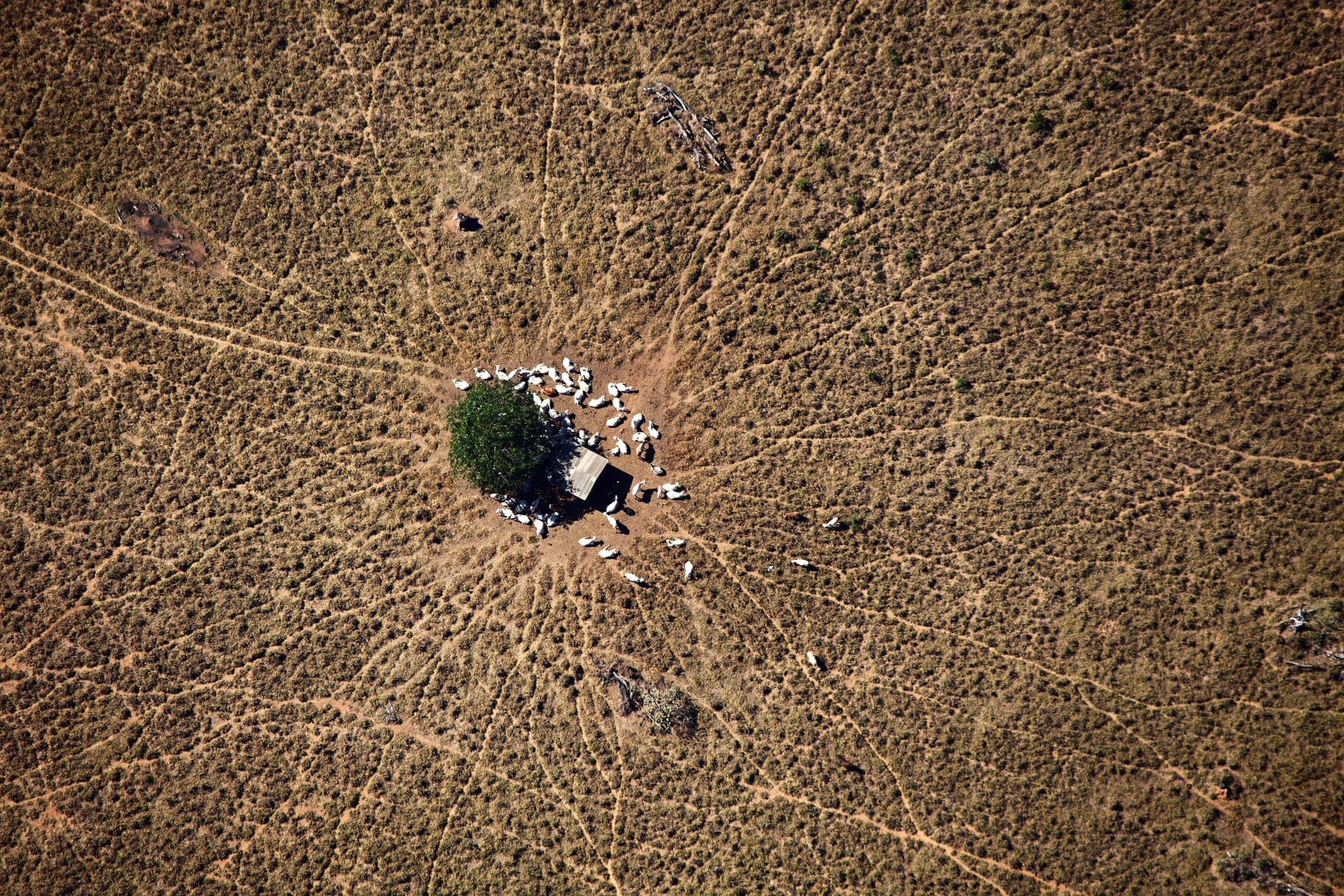 Cattle shelter from the sun under a small tree in Mato Grosso, Brazil. Photograph: Rodrigo Baleia

Drawing on more than 3,000 scientific, government, indigenous and local knowledge sources, the authors estimate land degradation costs more than 10% of annual global GDP in lost ecosystem services such as carbon sequestration and agricultural productivity. They say it can raise the risks of flooding, landslides and diseases such as Ebola and the Marburg virus.

There are also geopolitical implications. The authors cite evidence of a strong association between land degradation, migration and instability. In dryland regions, years of extremely low rainfall have been associated with an up to 45% rise in violent conflict. Depending on the actions taken by governments to address climate change and the decline in soil quality, the authors estimate between 50 to 700 million people could be driven from their homes by 2050. The worst affected areas are likely to be the dry fringes of southern Iraq, Afghanistan, sub-Saharan Africa and southern Asia.

To counter this, the authors call for coordination among ministries to encourage sustainable production and for the elimination of agricultural subsidies that promote land degradation. They urge consumers to reduce waste and be more thoughtful about what they eat. Vegetables have a much lower impact on land than beef. Farmers are encouraged to raise productivity rather than clear more land. Companies and governments are advised to accelerate efforts to rehabilitate land. There have been several successful projects on China’s Loess plateau, in the Sahel and in South Africa.

The economic case for land restoration is strong, according to the report, which says benefits (such as jobs and business spending) are 10 times higher than costs, and up to three times higher than price of inaction. But in most regions, remedial work is overdue. National governments are not living up to a global commitment to neutral land degradation by 2030.

Participants compared the rundown of land to the 2008 financial crisis. “Back then, people borrowed more money than they could repay. Now we are borrowing from nature at a rate that is many times higher than the world can sustain. The day of reckoning will come,” said Christian Steel, director of Sabima, a Norwegian biodiversity NGO. In Europe, he said, the industrialisation of forest and agriculture is degrading the land. “We are also importing more food and, by doing so, displacing the impact of our consumption. We are fooling ourselves. Disaster doesn’t hit suddenly like in a Hollywood movie. It is already happening gradually.”

Action has been held back by a lack of awareness of the problem and the often wide gulf between consumers and producers. The report notes that many of those who benefit from over-exploitation of natural resources are among the least affected by the direct negative impacts of land degradation and therefore have the least incentive to take action.

“This is extremely urgent,” said another of the co-chairs, Luca Montanarella. “If we don’t change lifestyles, consumption habits and the way we use land, then sooner or later we are going to destroy this planet. Looking for another one is not an option.” 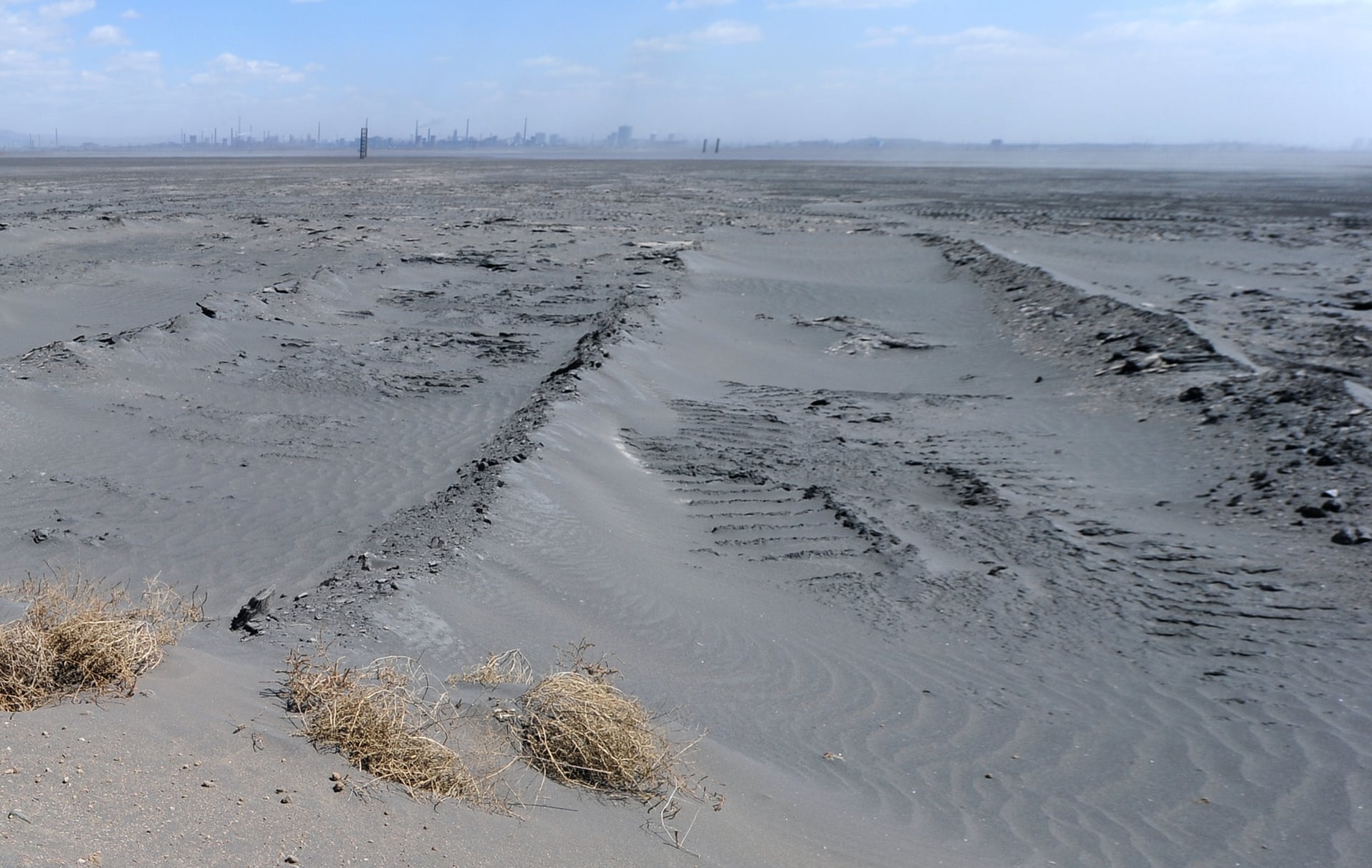 A 10-square-kilometre expanse of toxic waste on the edge of the Gobi desert, inner Mongolia. Photograph: Frederic J. Brown/AFP/Getty Images

The land degradation assessment is the latest in a recent suite of global studies that highlight the deterioration of humanity’s home. In 2016, IPBES highlighted the demise of the planet’s pollinators, which are vital for agricultural production. On Friday, it released a global biodiversity study that warned human destruction of nature is rapidly eroding provision of food, water and security to billions of people.

Separately, the United Nations last week released a global water study that forecast more than half of the human population could struggle to secure supplies for drinking, cooking and sanitation for at least one month a year by 2050 as a result of pollution, climate change and rising demand.

October 18, 2017, by Tim Radford Researchers have been measuring soil carbon traffic in Harvard Forest, Massachusetts, since 1991.Image: Plant Image Library via Flickr Rising temperatures could cause soils to release carbon on a scale […]