A tide of molten rock turned a Hawaii street into a volcanic wasteland on Friday as the number of homes destroyed by the erupting Kilauea volcano soared and authorities told residents to flee a surge of lava heading towards them.

The destructive fury of the erupting Kilauea volcano was unleashed on the Big Island’s Leilani Estates housing development, with the number of homes and other structures destroyed leaping to 82 from a previous count of 50, according to the Federal Emergency Management Agency.

Some 2,200 acres (890 hectares) of land have been torched by lava since May 3, in what is likely to be the most destructive eruption of Kilauea in more than a century, according to the County of Hawaii. 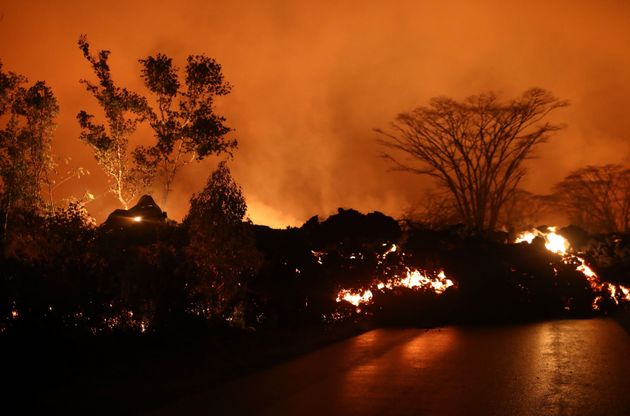 “There were eight houses taken on this road in 12 hours,” Ikaika Marzo said in a Facebook video as he stood on Kaupuli street and showed a black, glass-like lava field where his cousin’s house previously stood.

Magma spewed from 100-foot-high (30-meter-high) cinder cones and formed elevated ponds of molten rock that were expected to soon overflow and stream into the next rows of homes – Kahukai Street and Mohala Street. Firefighters went door to door evacuating residents before the lava arrived.

“It’s this tide of lava that rises up and overflows itself on the edges and keeps rising and progressing forward,” U.S. Geological Survey geologist Wendy Stovall told journalists on a conference call. 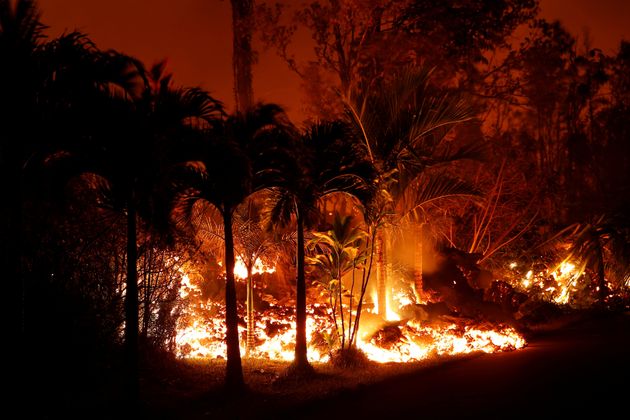 Around 37 structures are already “lava locked,” meaning homes are inaccessible, and people who do not evacuate may be trapped by lava flows.

“Any residents remaining in the current affected areas should evacuate now,” Hawaii County Civil Defense said in an alert.

Stovall declined to comment on lava volume being emitted. Marzo said he was told by a USGS geologist there was much more to come from Kilauea. 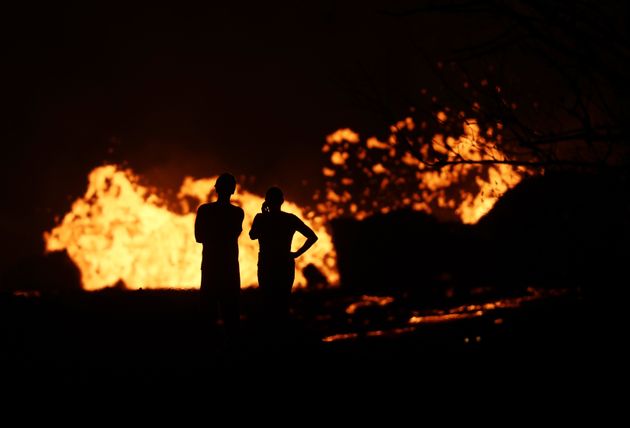 “What has been coming out is just a small fraction of what was in the volcano,” he said.

Though lava destruction from the volcano is confined to a roughly 10-square-mile (26-sq-km) area, the eruption is hurting the island’s tourist-driven economy as potential visitors fear ashfall or volcanic smog belching from Kilauea’s summit.

Visitor numbers to the Connecticut-sized island so far in 2018 are “trending a little bit lower” than 2017, with the cancellation of some port visits by cruise ships expected to have a $3 million impact, Ross Birch, head of the island’s tourism board said on a conference call.

Reuters 14 May 2018 By Terray Sylvester PAHOA, Hawaii (Reuters) – A massive new fissure opened on Hawaii’s Kilauea volcano, hurling bursts of rock and magma with an ear-piercing screech on Sunday as it threatened […]