The only thing close to climate change policy is the national energy guarantee. It’s not enough

Late last Friday, the government quietly released the latest data on greenhouse gas emissions and, as has been the case since the ending of the carbon price, they show emissions are increasing. But the figures also highlight that the government’s current plan to focus almost exclusively on electricity, through its national energy guarantee , means Australia will be unable to meet its commitment to reduce economy-wide emissions by 28% below 2005 levels by 2030.

The government is never all that excited about releasing the quarterly update on greenhouse gas emissions. In December it released them the week before Christmas, and this time it released it late Friday afternoon – the end of budget week.

The minster for environment and energy, Josh Frydenberg, didn’t bother to even put out a media release which, given the importance of the figures to his portfolio, would be like the treasurer not bothering to note the release of the quarterly GDP figures.

The budget last week was not exactly replete with money and news about action on climate change. There was $500m to go towards mitigating the impact of climate change on the Great Barrier Reef, which is often the government’s favoured way with climate change – do bugger all to prevent the harm, and then spend money to make it seem like they care after the damage has been done.

But as for actual efforts to reduce our greenhouse gas emissions, for now the only thing close to a policy is related to electricity via the national energy guarantee.

​The latest emissions data, however, shows that will in no way be enough.

But that rosiness is really a bit of a figleaf as it refers to total emissions including the emissions from the land use, land use change and forestry (LULUCF) sectors, which were very high in the early 2000s but which have been reduced due to less forest reduction and planting more trees. 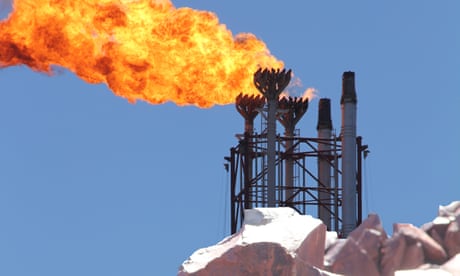 Such activity was included in our Paris emissions targets because doing so made the cuts easier to achieve. But the measurement of the LULUCF sector is subject to a fair degree of error, and if you really want to look at actual greenhouse gas emissions you exclude it – but doing so makes the job of reducing our emissions to 26% below 2005 levels by 2030 much harder:

And certainly the report puts to bed any claims that we have some sort of a gas-supply crisis – production is at record levels – but most of the increase is going towards LNG exports rather than domestic gas:

But let’s not be coy about the cause of these emissions.

There is one reason Australia’s greenhouse gas emissions have increased, and it is the same one that has been in place since July 2014 – we no longer have a carbon price:

In the three and half years since the carbon price was removed, total greenhouse gas emissions (excluding LULUCF) have grown on average by 1.3% each year – compared with an average annual fall of 1.1% during the carbon price period.

The somewhat good news is that since the end of the carbon price, emissions in the electricity sector, which accounts for just over a third of total emissions, have actually fallen:

The reason, however, is not due to any great work by the government in crafting an energy policy designed to encourage renewables or cleaner energy, but because the extremely dirty and inefficient Hazelwood power station has closed. This has seen the use of brown coal to generate electricity in the national energy market fall from accounting for 25% in 2009 to now just 18%:

But while emissions from electricity have fallen, they have not fallen anywhere near enough to counter the rises in emissions in other sectors:

And with a focus on electricity set to remain, that means our ability to meet our emissions targets looks set to be impossible.

Consider that since June 2016, the increase in emissions from transport and stationary energy (emissions that come via manufacturing, mining and other commercial activities) have almost cancelled out the fall in electricity emissions in that period:

A one-sector-only approach to emissions reduction is not going to cut it (literally).

Australia’s emissions are rising. It’s time for this government to quit pretending

The government’s own projections last year for our path to 26% or 28% below 2005 levels highlight just how far we have to go, and how unlikely it is to be achieved with the current policy:

No one ever really believed Direct Action would work, and it clearly has not. The data shows unequivocally that the government’s climate change policy has been a complete failure.

And so long as this government remains beholden to climate change deniers within the partyroom and cabinet, who break out into spasms of lunacy at the mere suggestion of an emissions trading scheme or price on carbon, it will continue to be a failure and our emissions will continue to rise.

Path to zero emissions starts out easy, but gets steep