An Australian town has been hit by a dust storm that covered the outback community in orange dust.

The storm swept through Charleville in south-west Queensland on Tuesday, knocking down trees and causing minor damage.

The scene prompted many residents to post photos and videos on social media.

“We do see a fair few dust events through the western parts of Queensland because it is such a dry and hot place, but it’s definitely one of the more impressive events of the last few years,” said Harry Clark, from Australia’s Bureau of Meteorology.

He estimated the dust storm was about 200km (124 miles) wide. It recorded winds of up to 96km/h (60pmh), while visibility at the local airport was reduced to about 200m. 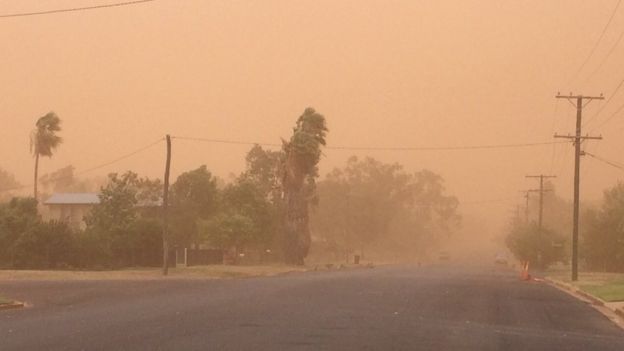 Some locals in the town, about 740km (460 miles) west of Brisbane, said the storm caught them by surprise.

“We heard thunder, so we went outside…and we turned around and there was this big red dust storm coming along,” Paige Donald told the Australian Broadcasting Corp.

“Our eyes are covered in dust.” 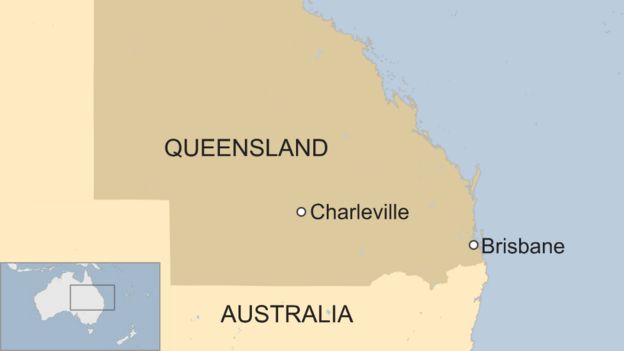 Another resident in the town of about 3,300 people wrote on Facebook that it had been a “wild few hours”. Others lamented not better preparing their homes.

“I didn’t close the bedroom window before I went to work this morning! Nothing that the washing machine won’t fix,” wrote Sonja Street, posting a photo showing a bed covered in dust. 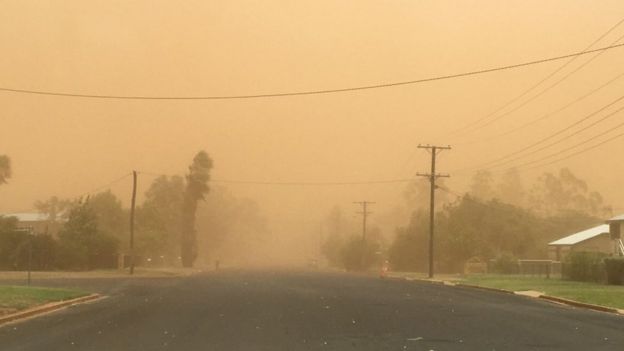 The dust caught many residents unprepared

Police said the storm lasted a few hours and caused some minor damage to houses and signs in the town.

More dust is expected to fill the skies around the region as a deep area of low pressure develops over North Africa. A faceful of snow is an occupational hazard for any enthusiastic skier; a […]

Recent Australian droughts may be the worst in 800 years

May 2, 2018 by Mandy Freund, Ben Henley, Kathryn Allen And Patrick Baker, The Conversation Australia is a continent defined by extremes, and recent decades have seen some extraordinary climate events. But droughts, floods, heatwaves, […]