Marine expert Sylvia Earle has dedicated her life to making a difference by saving the oceans.

INSPIRATION:
When I discovered the ocean, the things in the ocean that you don’t see anywhere else … I fell in love!

TIPS FOR BEGINNERS:
Sometimes it’s difficult for men to take you seriously as a scientist or an engineer. They are used to these fields being a men’s area. But if you treat others the way you would like to be treated, chances are you’ll have some success and be treated with respect. Rather than trying to act like a man, just be yourself. 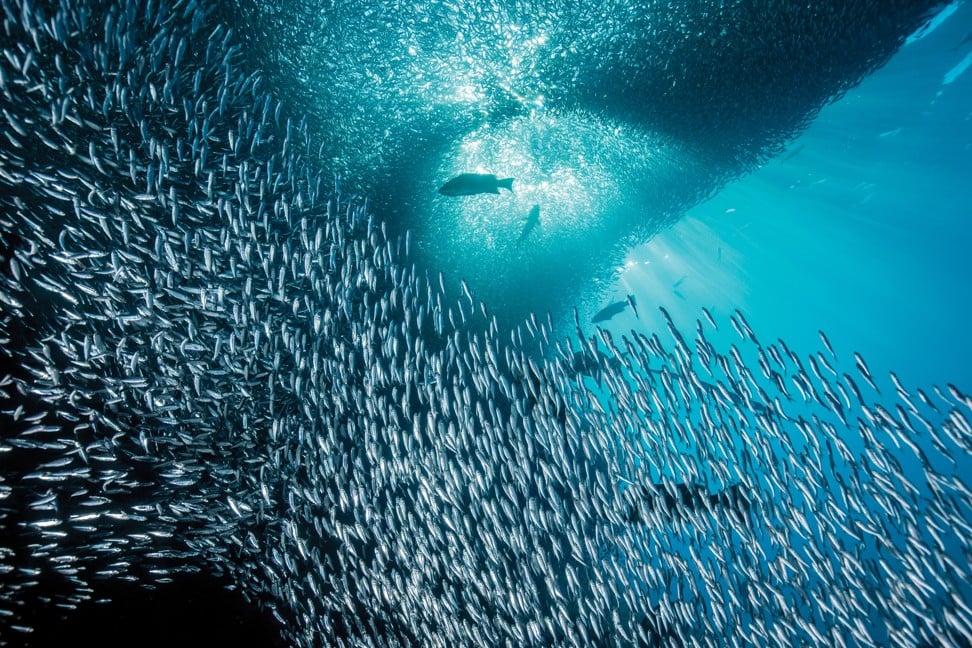 Off the shores of the East Cape region of Baja California Peninsula in Mexico, the turquoise waters are home to more than 800 species of marine life, from corals, fish and sea turtles, to dolphins.

Having spent over 7,000 hours submerged in the sea, and with more than five decades of marine research experience, 82-year-old oceanographer Sylvia Earle, dubbed “Her Deepness”, should have seen it all. However, the marine biologist is still surprised by what she sees every time she dives into this part of the ocean, known as the Cabo Pulmo National Marine Park.

“I’ve been in Cabo Pulmo at least a dozen times over the years. Every time, I see something I’ve never seen before,” says Earle, who has been on underwater expeditions to oceans all round the world – from the Arctic to the Antarctic, and from the Indian to the Atlantic to the Pacific – for the last 50 years. “This time, it’s the sardines. I’ve never seen so many of these little fish gathered together. The other thing that is new for me even though I have spent thousands of hours underwater – I’ve never seen so many groupers together in one place. This was not a breeding aggregation. This was a feeding aggregation. They’re all there because lunch was being served.” 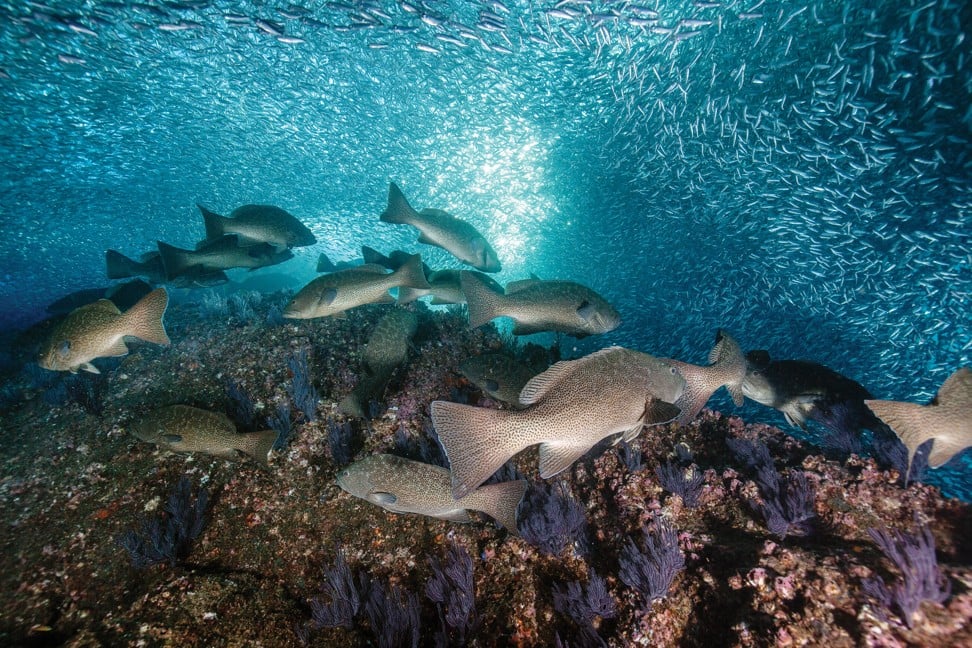 Groupers gather in the waters. Earle has dived into the waters of Cabo Pulmo at least a dozen times over the years, and each time she sees something she has not seen before.

Before this part of the Gulf of California was declared a national marine park in 1995, the Cabo Pulmo sea – once called the “aquarium of the world” by legendary explorer Jacques Cousteau – was heavily overfished and ruined by unrestrained tourism activities. Thanks to the efforts of the local community and conservation groups, the area has been gradually recovering and is now recognised as a Hope Spot under Earle’s global initiative, Mission Blue.

A National Geographic Society explorer-in-residence, Earle has dedicated her whole life to exploring the ocean and, in recent years, protecting it by launching Mission Blue with the TED Prize (a US$1 million award) she won in 2009.

According to Mission Blue, while about 12 per cent of the land on Earth is under protection – such as sites designated as national parks – less than six per cent of the oceans is under such protection. Mission Blue encourages people all over the world to identify and nominate marine areas that are critical to the health of the oceans as Hope Spots. The aim is to protect these areas by raising public awareness, building collaborations, coordinating expeditions and advocating for legal protection.

“When you look at what’s happening to the world right now – the decline of the atmosphere, the changes in the oceans, the loss of forests and wildlife – you become really discouraged,” says Earle, Rolex’s ambassador since 1982. 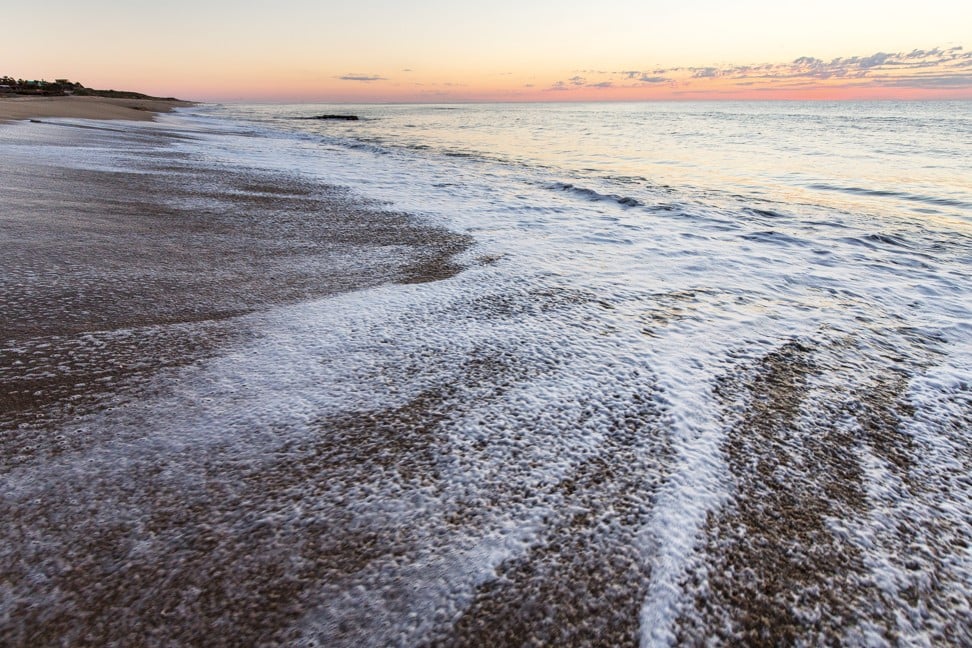 Sunrise on the Sea of Cortez (Baja California) at the beach at Hotel Vidasoul, south of Cabo Pulmo

With a long history of supporting exploration and conservation projects, the Swiss luxury watchmaker is now sponsoring Mission Blue, along with a partnership with National Geographic backing pioneering explorers to safeguard the oceans, poles and mountains.

Earle adds, “But you could also say, ‘Well, now we know we have problems … We didn’t know what we could do to change the trajectory but now we know.’ We learned with whales: if you stop killing whales, there’s a chance they can recover.”

Given her tremendous contribution to safeguarding the world’s oceans, and to science, Earle has earned a long list of accolades. She led the first all-female team of aquanauts on a two-week research stay in the underwater laboratory Tektite II in 1970. In 1979, she set a women’s diving record of 381 metres to the ocean floor near Oahu.

She was the first woman appointed as chief scientist of the US National Oceanic and Atmospheric Administration in 1990. It has never been easy for women to excel in the world of science, which has always been dominated by men – especially in the old days when Earle started out. Earle revealed in a previous interview that she was once denied a teaching assistant job because of her gender. When she went on a six-week expedition in the Indian Ocean in 1964, she was the only woman out of 71 crew members.

WHEN YOU LOOK AT WHAT’S HAPPENING TO THE WORLD RIGHT NOW, WITH THE DECLINE OF WHAT’S HAPPENED TO THE ATMOSPHERE, THE CHANGES IN THE OCEANS, THE LOSS OF FORESTS AND THE LOSS OF WILDLIFE, YOU GET REALLY DISCOURAGED. BUT YOU COULD ALSO SAY, ‘WELL, NOW WE KNOW WE HAVE PROBLEMS’
SYLVIA EARLE

“Sometimes it’s difficult for men to take you seriously as a scientist or an engineer. They are used to these fields being a men’s [area]. But if you treat others the way you would like to be treated, chances are you’ll have some success and be treated with respect,” says Earle, who was pictured on the cover of Time magazine last September as a woman who is changing the world. “If you want to be respected as a scientist, you have to act like a scientist. Have a good sense of humour – it always helps. And rather than trying to act like a man, just be yourself,” she says. “Be the best you can possibly be or what you are aspiring to be, whether [you want to be] a singer, a pilot, a scientist, or a mathematician.”

There has been tremendous progress in science since the 20th century, and the same applies to the status of women in society. “Things are changing. It happens as communication becomes more open, and we see how others live and see successful people from different ethnicities and backgrounds and of different gender,” she says.

Over the years, Sylvia Earle has witnessed how the oceans have been affected by human behaviour, such as overfishing, illegal dumping, plastic pollution and climate change.

Born in New Jersey, Earle developed an interest in nature when she was a child. She later moved to the west coast of Florida where she developed a passion for the sea.

“When I discovered the ocean, the things in the ocean that you don’t see anywhere else … I fell in love!” recalls Earle, who received a phycology doctorate from Duke University in 1966. “Of course, we’re all in this together … But the biggest parts of the world are the oceans – which we know the least about, and are likely the most important for the future of everything we care about.”

Meet Alex Reyval, the photographer who is exploring Hong Kong from above

Over the years, she has witnessed how the oceans are affected by human behaviour, such as overfishing, illegal dumping, plastic pollution and climate change. “I dived in the waters near Hong Kong in 1980. I haven’t been back recently. But we have more problems now than in 1980. Plastic pollution is everywhere, and people seem to think the oceans are the best places for discarding what they don’t want on land. The oceans have become great dumping sites,” she says. 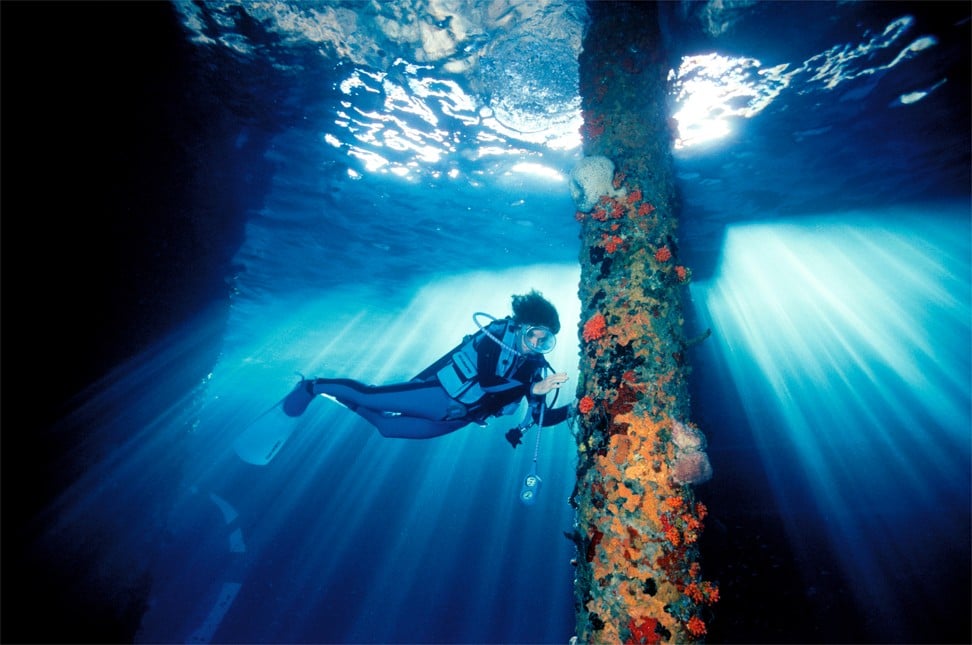 Sylvia Earle believes that it’s not too late to reverse the damage humans have inflicted on the Earth.

“Eating fish that have been swimming in contaminated waters means that you get contaminated. We’re in a big circle. We put bad things into the oceans, they come right back to us.”

Date:  May 29, 2018     Source:  University of Exeter Summary:  An invisible layer of biological compounds on the sea surface reduces the rate at which carbon dioxide gas moves between […]