There was never any question that Caitlin Wilks and her partner Joe Sassone would want to avoid a “McFuneral”. That’s the nickname sometimes given to the sombre, straight-out-of-a-brochure service offered by one of the two major corporations that hold around a third of the market share of Australia’s funeral industry. While Sassone – who had acute leukaemia – was joking when he suggested he be stuffed and holding a tray of drinks at his memorial, he still entertained unconventional ideas, like having the service at a brewery.

Sassone died in Melbourne in June 2020. This made it even more important for the couple to plan something with personal significance – his friends and family hadn’t been able to visit him in hospital, due to Covid-19 restrictions.

That’s what you want to hear, that your person is really being looked after

After Sassone’s death, Wilks remembers sitting on the floor in a room, away from the kids, and calling a more holistic funeral service she’d heard about. The Last Hurrah Funerals was set up by Kimba Griffith, who is a life-cycle celebrant and a death doula, and Nastassia Jones, who had previously worked in funeral administration, but wanted to bring the Maori concept of whanau – a spiritual connecting of friends and family – to the practice in Australia.

“I was kept in the loop at every step,” Wilks says. “After Joe died and Kimba took him to their facility, she messaged me to say that ‘He’s all tucked up.’ That’s what you want to hear, that your person is really being looked after.” 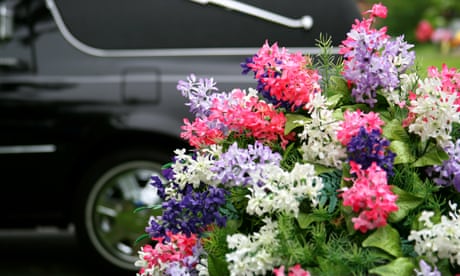 The memorial was held at a secular space in a community church in Fitzroy and was livestreamed to 180 locations, including the hospital that treated Sassone. Griffith set up a beautiful table which displayed some of Joe’s personal effects: his apron, a ukulele and some drawings. “Kimba had our kids front and centre of her words, and referred to them as VIPs,” Wilks says. “They were invited up to light the candles, and we’ve kept those candles, so we light them when we want to remember Joe. It’s an acknowledgement that it’s not just a day, then you’re done.”

Since Sassone – who taught food tech at a high school – showed his love for others by feeding people, Griffith arranged for the Ghost Kitchen food truck to serve Taiwanese street food. Wilks had considered a live mariachi band, but settled on a ‘Joe’s Memorial Bangers’ playlist compiled by Sassone’s friends.

“Joe loved death metal, but that doesn’t make for a great soundtrack,” she laughs. On that note, The Last Hurrah Funerals also have an arrangement with Melbourne venues The Old Bar, The Tote and Bar Open for rock’n’roll services, should the fancy take anyone.

In the past year there have been big changes affecting the way some of us will process death and ritual. Voluntary-assisted dying has become legal in Victoria and Western Australia, which means people might give more thought to their own funerals while they still have agency. On the flip side, the pandemic has restricted conventional options. A limit on attendees has forced families to either arrange a basic interment for their person and delay memorial services, or to turn to digital memorialisation, using a platform such as Zoom.

It’s a fertile time for ‘death disruptors’ – relative newcomers to the field who are breathing new life into death. These range from progressive funeral directors, to death doulas to people reimagining burial practices (often in a more sustainable way).

Samuel Holleran is a graduate researcher with the Death Tech Research Team that operates out of the University of Melbourne and Oxford University, focusing on the intersection between death, technology and society. He’s also working on the project ‘Remote, Restricted and Redesigned: Funerals in the time of Coronavirus’.

“The death disruptors are positing what’s possible,” says Holleran. “They’re coming into a locked-in industry that has all sorts of received traditions that go back to before the second world war, and they’re trying to do something different.”

Holleran says it’s difficult to know if alternative practices developed during the pandemic will stick, but he thinks they’re certainly hastening along ideas that were already changing the industry. He gives the example of “drive byes” – hearses cruising through neighbourhoods for people to mourn whilst social distancing, perhaps leaving a note on the coffin or having a last toast. It’s something Last Hurrah Funerals have already done in Melbourne, driving their white 1973 Cadillac hearse, ‘Mama Cass’, from Frankston to Lilydale.

Quite apart from new Covid-19-related solutions, death disruptors are on a mission to demystify the process and offer as much choice as possible. Death literacy has become a buzz term in recent years, at odds to traditional funeral companies that keep the family out of the proceedings as much as possible. Death cafes, which originated in London in 2011, are now a worldwide phenomenon, facilitating discussion around mortality.

Last Hurrah Funerals runs workshops and panels including ‘Death and DMs’, which discusses how your digital footprint can be managed after death, be it appointing someone to create a legacy account in your name, or bidding someone to “sweep your room soon after you hit the eject button on life”, as they put it.

Death doulas can be brought on board while the individual is dying, to guide them and the family through both the paperwork and the emotional process. There’s a surprising amount of freedom within the parameters of Australian law that most of us aren’t aware of. A person can be washed and dressed by their family in the funeral parlour’s viewing space, for instance (“any funeral director worth their salt should allow you to do that” Kimba says), and the family can drive the person to their own funeral, and even bury them at the grave site themselves. The idea of a ‘living funeral’, which the dying person designs and attends, is also starting to take seed.

There’s also a move towards less solemnity around death. Language is changing from the Victorian-era “loved one” to “your person”, and Holleran says open-casket selfies are becoming common at funerals – which sounds shocking until you consider the Victorian practice of ‘memento mori’ or post-mortem photography, in which dead people would be propped up on stands in family photos. 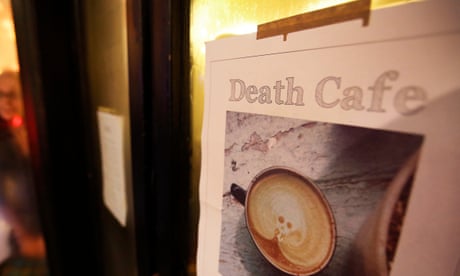 “A lot of the popular press reading on that is shunning it, but I think that people are finding meaning in these new rituals,” says Holleran. “There are people who say, ‘Hey, I take a selfie at every other moment of my life, so in this moment, why not try to document this and share it?’”

As for ideas that are deeply attuned to the individual’s personality – such as the record collector having their ashes made into vinyl, or the life of the party being turned into a firework display, or the luxury lover choosing a ‘Promethean’ gold-plated casket fit for Aretha Franklin or Prince – these options are already available. “Often we facilitate it,” says Jones. “But if the family want to do it directly … we’ll pass along some amazing contacts.”

Holleran thinks that those keen to shake up the industry have often found their way in through a painful personal experience. “A lot of people will tell you a story about a death that they had in their family, and their feeling that the death care sector was too opaque or wasn’t somehow relevant to them,” he says, “Which gave them the idea that they could do a better job themselves.”

Having such a positive experience planning her person’s farewell has got Caitlin Wilks thinking ahead already, even though she’s fit and well in her 30s. “It would have been lovely to have had a death doula early on,” she says. “I’ve said to Kimba, ‘It’s okay for you to do my memorial, right?’ I’m going to put it in my will!”